When you dream of Canada, do you dream of wide open spaces with endless skyscapes? Do you picture lush forests, crystal clear lakes and soaring mountains with wildlife roaming free? When you try and prioritise your bucket list, do you push a sighting of the Northern Lights towards the top? When you think of Canadian history, does the Gold Rush spring to mind, braving the mountain passes and raging rivers? 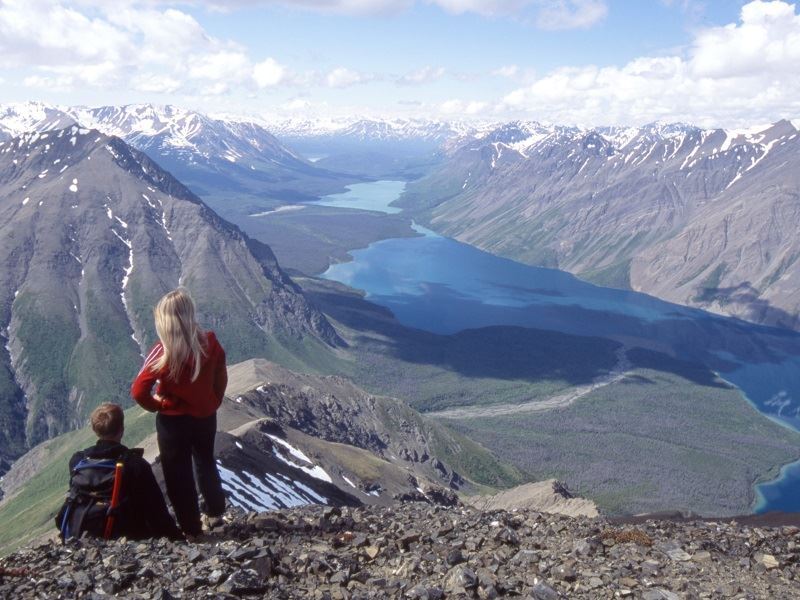 Well these are all the reasons why a visit to the Yukon will allow you to experience the real, authentic Canada, away from the crowds. Let’s begin with the first one, those wide open spaces. Once you know that 80% of the Yukon is pristine wilderness with a population of around 40,000 people and an estimated 70,000 moose then you start to understand that this really will be a holiday away from the crowds. With three quarters of Yukon residents living in Whitehorse, once you’ve left the city limits then you are more likely to see sheep than people, and if its May time, then quite possibly a Grizzly or Black Bear looking for food by the road as they come out of hibernation.

Grizzly by the side of Haines Road, Credit – Government of Yukon 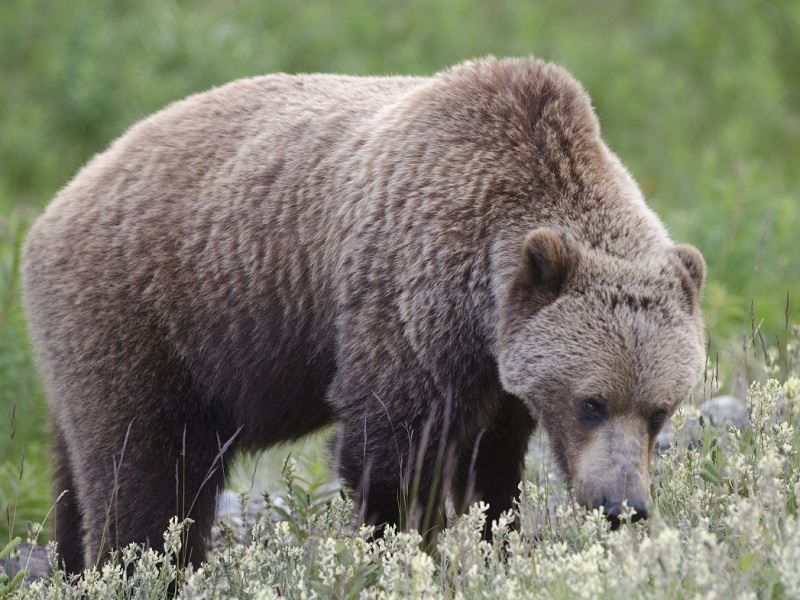 Yukon is home to magnificent national and territorial parks, with the two best known being Kluane National Park and Tombstone Territorial Park. But if we say these are the most popular, don’t go thinking these will be overrun with crowds akin to Disneyland on a holiday weekend. A UNESCO World Heritage Site, Kluane National Park is 8,500 square miles and the world’s largest internationally protected area. If you’re exploring the park, first of all stop off at the Visitor Centre in Haines Junction which is a mine of information for hiking trails and the like. Or you could take a flightseeing tour to get a bird’s eye view of the worlds largest non-polar icefield and the majestic peaks of the St Elias mountain range. The only way to Tombstone Territorial Park is along the infamous unpaved Dempster Highway – an appropriately rugged route into this incredible, untouched landscape of rocky ridges and alpine lakes. 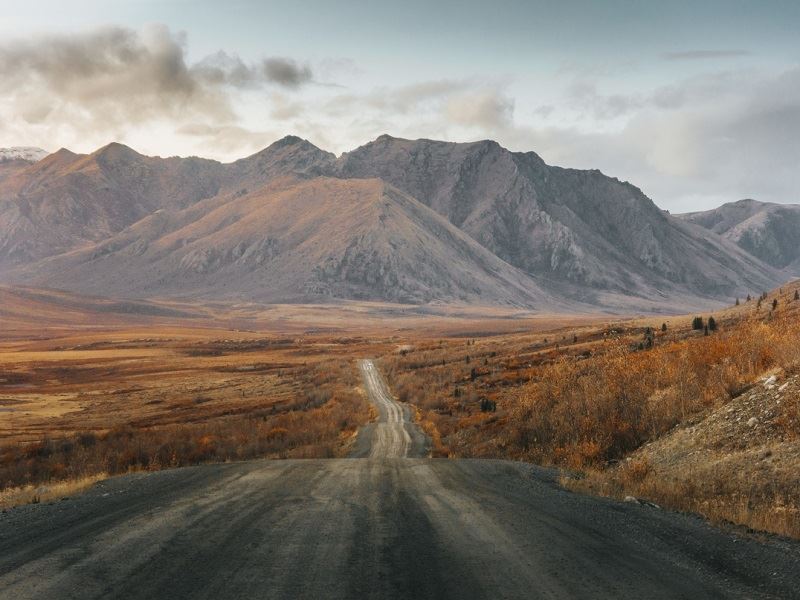 Onto that bucket-list stalwart – the Northern Lights. This can be a tricky one in other parts of the world, with light pollution and weather often conspiring to disappoint. However in the Yukon your chances of seeing the aurora borealis increase substantially, due to its location and the clarity of the skies. If you book a specific Northern Lights package, then you’re getting close to having a sighting guaranteed, with the experts knowing the best times and best locations. And because it might be the depths of winter and in the depths of the night, then they’ll provide specialist clothing, cosy shelters and hot drinks to smooth the way. But you can actually see the Northern Lights in the Yukon from August through to April, which allows for viewing in autumn and spring months when the climate is much milder.

The Northern Lights in the Yukon, Credit – Dan Carr 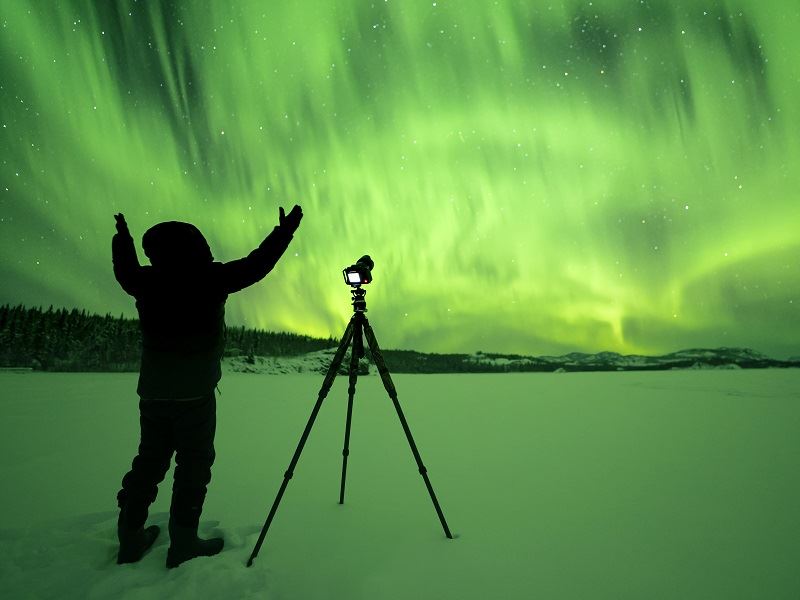 Now for that compelling history of the Klondike Gold Rush, which took place 125 years ago when the discovery of rich gold deposits just outside Dawson City triggered a flood of people from all around the world and all walks of life. Tens of thousands of prospectors braved the Chilkoot Pass and the raging Yukon River, and endured bitter winters for their chance at riches. You can discover this fascinating history in Dawson City itself, trying out gold panning for yourself and enjoying a night in Diamond Tooth Gerties – Canada’s first casino. In Whitehorse you can board the beautifully preserved SS Klondike paddle-wheeler for a tour and visit the MacBride Museum which has fascinating exhibits from the Klondike Gold Rush. Another recommendation is a day trip on the famous White Pass & Yukon Route Railway, which takes you into Alaska and the gold rush town of Skagway. The Gold Rush encapsulates the nature of Canadian history, with the struggles between the territory and its governance by Ottawa, the fate of the indigenous population, and the ever-changing fortunes of entrepreneurs. A book we’d thoroughly recommend to read is “Gold Diggers” by Charlotte Gray who tells the story of the Yukon Gold Rush through the real lives of six very different people – an intrepid miner, a saintly priest, a savvy businesswoman, an imperious British journalist and a Mountie. Alternatively, go and see it all for yourself in situ, in the Yukon. 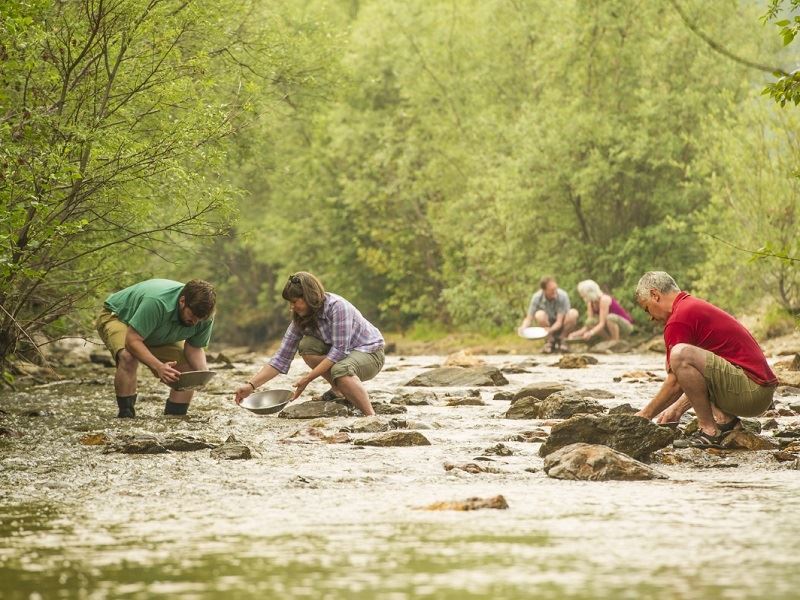 In the Footsteps of the Yukon Pioneers Self-Drive Tour