Thanks to its French origin, the region’s cities feature beautiful architecture and cuisine, whilst the province of Quebec is also home to impressive natural landscapes and cultural attractions. This bountiful land composed of protected areas, boreal, forests, lakes and mountains as well as the vibrant cities of Montréal and Québec City are great to explore the whole year round.

Québec, a unique place in North America and the largest province of Canada, has many assets. Visitors enjoy its incredible cultural blend of French, Amerindian and British origin. This bountiful land composed of protected areas, boreal, forests, lakes and mountains as well as the vibrant cities of Montréal and Québec City are great to explore the whole year round. The cheerful and friendly locals, the Quebécers, love nothing more than a good laugh and a delicious meal! Its European feel and history has made Québec a favourite tourist destination for all.

Québec City, the capital of Québec, is in the south of the province and is the centre of Francophile culture in North America. Montréal is the largest city in Canada and includes of the country’s top attractions including the Montréal Casino and the Notre-Dame Basilica. The cities of Riviere-du-loup, Tadoussac and Trois Riviere all sit on the St. Lawrence River which cuts through Québec from the Gulf of St. Lawrence to Lake Ontario.

The fortifications of Québec City include some 4.6km of walls and imposing gates. Chateau Frontenac is perhaps the city’s most photographed building and sums up the architecture and beauty of Québec. Historic Old Wendake is a fantastic display of the Huron-Wendat people and culture, a self-governing nation. The Onhoüa Cheteke village is a traditional Huron-Wendat reservation and showcases the arts and culture of the indigenous people of the province.

When to go to Québec

Québec’s climate is impacted by its varied landscape and the size of the province. Québec City can see average summer highs of around 25°C in July and winter lows of around -17.6°C.

There are direct flights into Montréal from London Heathrow, and from London Gatwick into Québec City from May to September, with an approximate flight time of 7.5 hours.

Canadian Sky offers several escorted tours to enable you to see the best of the province with ease, such as the Eastern Journey, Eastern Discovery, Best of Eastern Canada and the beautiful 5* tour Indulgence in Eastern Canada.

The train is an excellent way to get around Canada, and you can visit Québec City and Montréal on the Capital Experience by Rail and Eastern Rail Experience

To explore Québec beyond the cities, then you can hire a car and follow a self-drive itinerary such as Splendid Nature of Quebec or Eastern Spirit. Or perhaps rent a motorhome and follow our suggested itinerary Classic Quebec by Motorhome 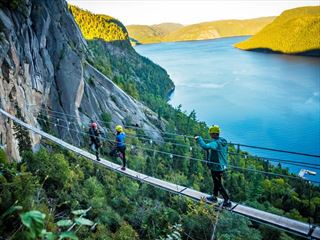 We fully explore the Québec's wilderness that plays host to some of Canada’s most extraordinary national parks - all of which present many opportunities to get up-close with nature and enjoy the freedom of the great outdoors. 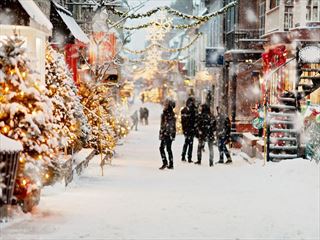 We visit ten of the most iconic places that make the epic province of Quebec one of Canada’s most photogenic. 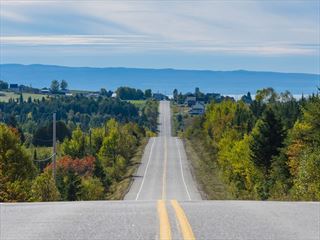 Think of an road trip, and no doubt America's Route 66 will come to mind. But how about a road trip that’s much more unique? A drive through Canada's Quebec is full of culture, stunning natural beauty, and fascinating history.

Inspired travel with our expertise

Best of Eastern Canada and USA