Combine all the attractions of Banff & the Rockies with the cities of Calgary & Edmonton on this Alberta Adventure. Explore the cowboy city of Calgary, ascend the Calgary Tower and visit the scene of Eddie the Eagles exploits at the Winsport Olympic Park. Top Things to Do in Calgary

Whilst in Banff you can hike, bike or horse ride through the Rockies. Try whitewater rafting or perhaps take a ride up into the mountains on the Banff Gondola. Top Things to Do in Banff

Then experience the lovely laid-back city of Edmonton. A great destination for families, with it’s massive Mall, home to an indoor amusement park and hundreds of restaurants & shops. There is also Fort Edmonton Park, Canada’s largest living museum bringing to life four pivotable periods in the history of the city. Top Things to Do in Edmonton

Our suggestion is three nights in Calgary, then four nights in Banff followed by three nights in Edmonton, but you can change this to suit you. You can choose different hotels and we’ll create an itinerary that’s perfect for you. (TM)

You’ll fly in to Calgary and pick up your hire car to drive to you hotel, where you’ll stay three nights. Here in Calgary you can visit the Heritage Park, the Olympic Park, climb the Calgary Tower and perhaps take the hour and a half drive to Drumheller and the Palaeontology Museum – here you can also take a 3km guided walk to see dinosaur bones in the ground and learn about ancient Alberta

Drive to Banff, which will be your home for the next four nights. Explore the great outdoors amongst the majestic Rockies – you can hike, bike or go white-water rafting. Spot wildlife, including grizzly bears and take a horse-ride into the mountains.

Today you can either drive 250 miles to Edmonton, or return to Calgary and take the short flight up to Edmonton, where you will stay for the next three nights.

In Edmonton, take a tour on foot, bike or Segway, to explore this lovely relaxed city. You can shop until you drop at the West Edmonton Mall – the largest shopping and entertainment complex in North America. Here you can also enjoy the waterpark, rollercoasters, mini golf and aquarium 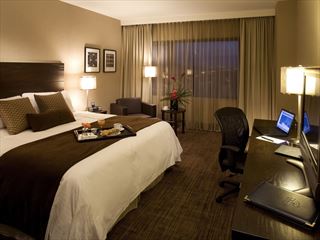 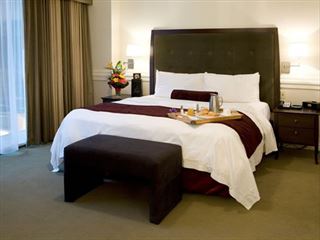 Located in the Edmonton City Centre West shopping mall, and connected to venues including City Hall and the Shaw Conference Centre. Relax in the steam room or work out your kinks in the whirlpool