Top 10 things to do in Edmonton

Capital of Canada’s Alberta province, Edmonton has long served as a gateway to the vast empty wilderness that lies just to the north. Since its founding in 1795, the city has benefited from abundant natural resource wealth drawn from this landscape. The resulting prosperity has allowed the municipal government to invest heavily in an impressive range of historical and contemporary sights and attractions, helping Edmonton to grow into a rewarding destination in its own right. From authentic heritage parks to high tech science centres, acclaimed art galleries to breath-taking botanical gardens, stylish concert halls to fun-filled mega malls, here’s a rundown of the top ten things not to miss in this culture-filled Canadian city.

What: This open air living history museum was established in the 1970's in tribute to the many Ukrainian immigrants who settled in Alberta between the 1890's and 1930's. The community’s rich heritage is preserved in over 30 historic buildings and hundreds of artefacts. The village does a fantastic job of bringing the past to life through lively costumed interpreters, hands-on demonstrations and a host of thrilling special events.

Highlights: Tour dozens of beautifully restored structures, including a school house, market, grain elevator,  old-fashioned general store and several Ukrainian churches. Marvel at displays featuring traditional clothing, handicrafts, woodwork, musical instruments and religious artefacts, along with a wealth of diaries and manuscripts chronicling the trials and triumphs of these early pioneers. Costumed role players add to the excitement, hosting live demonstrations of historic activities, from farming to schooling, bread-baking to blacksmithing. Finally, a visit is not complete with sampling the delights of Ukrainian cuisine at the Kalyna Café, which serves up a range authentic homemade specialities. 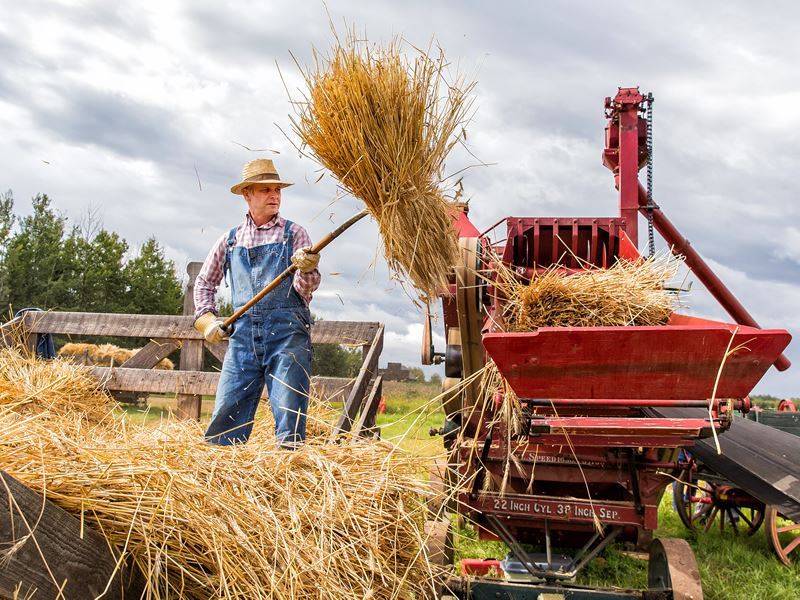 The Art Gallery of Alberta

Where: AGA is housed in a swirling modernist building on Sir Winston Churchill Square in the heart of Edmonton’s arts district.

What: This prestigious gallery dates back to 1924 and remains to this day the only museum in Alberta dedicated solely to the visual arts. Its home to a permanent collection of over 6,000 pieces, which are rotated through eight stunning exhibitions covering both historical and contemporary periods. There is a strong focus on local and Canadian art, although international works also feature, with displays spanning a wealth of media from painting, drawing and sculpture to photography and performance art. A variety of additional temporary exhibits provide further insight into specific artists and cultural movements.

Highlights: In 2010, Alberta’s Art Gallery moved into a brand new space. The building’s exterior itself is widely recognised as one of the most striking architectural landmarks in the city, with its twisting glass, steel and zinc design being inspired by the unique northern landscapes of Alberta province. The $88 million renovation has resulted in a much larger exhibition space, along with improved visitor facilities that now include a theatre, restaurant, terrace, store and sales gallery. AGA also boasts a wonderful array of family-friendly activities, educational programmes and exclusive events. Join the Exhibition Highlights tour for a riveting overview of the most prominent displays, let the kids loose in the children’s interactive gallery or attend any number of art-inspired talks, films, classes and activities. 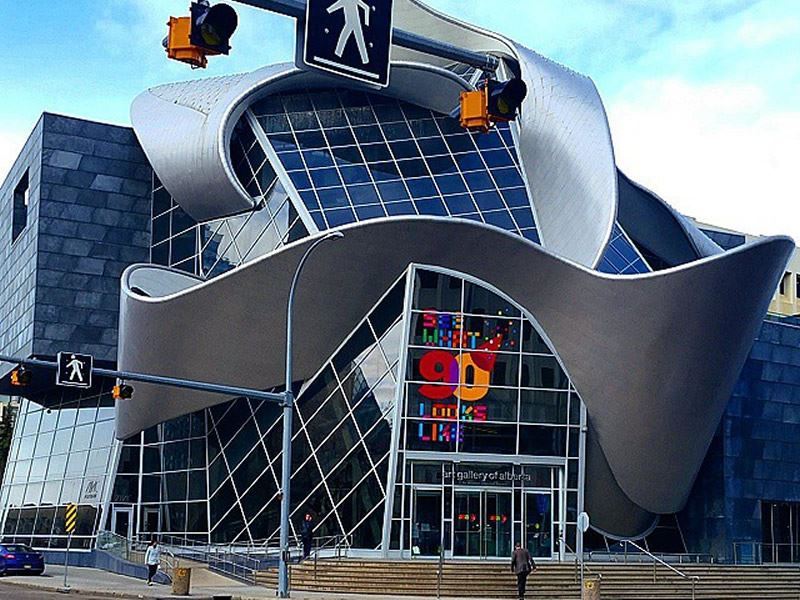 Where: This innovative science, space and tech centre is located on the southwest corner of Coronation park in the Woodcroft neighbourhood of the city.

What: TELUS World of Science offers an engaging educational experience for all those interested in anything related to the physical world. A wide range of interactive and unique exhibits cover everything from robotics and forensics, to climate, space exploration and the mysterious workings of the human body. There’s something to inspire and amuse all ages, but the museum is especially renowned for its child-friendly exhibits.

Highlights: Admission includes access to five permanent exhibit galleries, including The Body Fantastic, Syncrude Environment Gallery, The Science Garage, Space Place, and Discovery land. Don’t miss the chance to build and program your own robot, touch a real meteorite, and even walk over a human tongue! After touring the displays, check out the planetarium - the largest of its kind in Canada - and learn more about the night sky or witness a breath-taking laser-light spectacle. Head to the IMAX theatre to catch a fascinating film or take your seat in the Science Demo Stage where various scientific principles are brought to life in spectacular fashion. 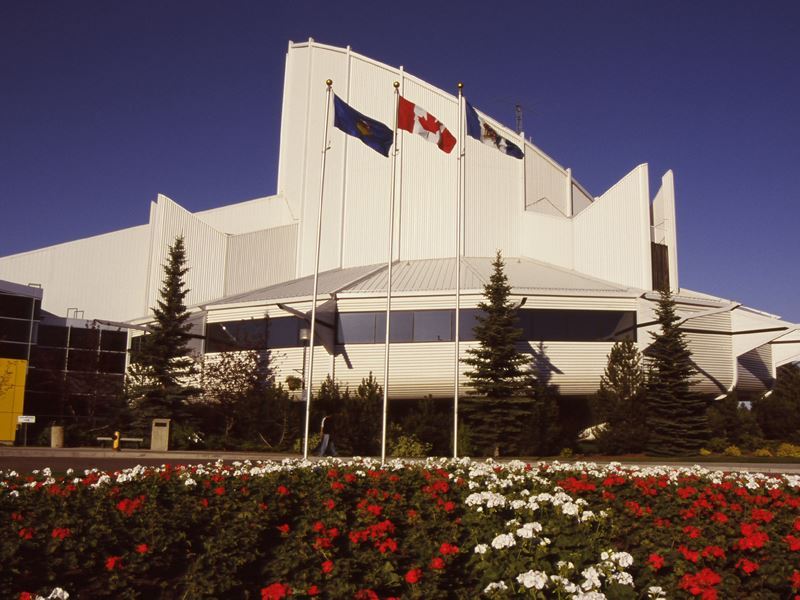 Where: This historic streetcar runs from the Alberta Arts Barn in Old Strathcona to Jasper Plaza in downtown Edmonton, with three stops en route. The literal highpoint is the ride over the High Level Bridge which offers jaw-dropping views across the river valley far below. The streetcar operates seasonally, running daily between May and October.

What: This beautifully restored vintage streetcar, run by the Edmonton Radial Railroad Society, dates back to the early 1900's and reflects an important part of the city’s heritage. Learn more about the city’s captivating streetcar history from costumed guides and visit a dedicated museum featuring old photographs, illustrations, uniforms, and tickets, along with old parts and models. Once on board, you’ll be treated to an exhilarating experience and panoramic views as you traverse the North Saskatchewan River on the highest streetcar river crossing in the world.

Highlights: Whilst being a memorable attraction in its own right, the streetcar is also a great way to get about the city. The route delivers you from Old Strathcona right into the heart of the downtown, and you can hop off at any stop you want. Popular options are to combine a streetcar ride with a visit to Edmonton’s fantastic Farmer’s Market or to use it as an easy mode of transportation during the city’s busy Fringe Festival. 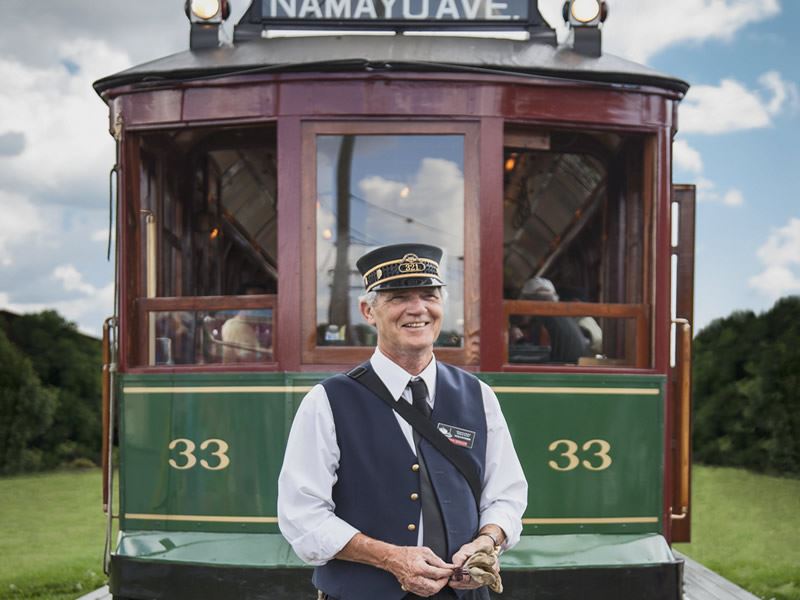 Where: Located on the south bank of the North Saskatchewan River, just off James MacDonald Bridge.

What: This gleaming set of iconic pyramids define the Edmonton skyline and house a spectacular range of themed botanical gardens. Occupying a tranquil spot in the Saskatchewan River valley, the Conservatory provides the perfect escape from the hustle and bustle of city of life, along with the chance to learn more about myriad fascinating plant species from across the globe in Canada’s premier horticultural facility.

Highlights: Each of the four pyramids house distinct gardens representing different biomes of the world: tropical, temperate and arid, with the last pyramid being dedicated to rotating seasonal exhibits. Relax in the humid warmth of the lush tropical pyramid, marvel at unusual plant forms from desert environments and admire towering American redwoods in the temperate pavilion. Before leaving, check out the Conservatory’s inspiring art installations, take a stroll around the beautiful outdoor grounds, or enjoy a meal in the acclaimed Culina Café, offering one of Edmonton’s most memorable dining experiences.

Where: The museum is located in downtown Edmonton, just east of the CN Tower.

What: One of Canada’s most popular and prestigious museums, The Royal Alberta boasts a sprawling collection of well over 10 million artefacts displayed in three permanent galleries dedicated to showcasing the rich heritage of Alberta’s people and natural environment. The museum is also home to an impressive range of travelling exhibits spanning everything from archaeology, zoology and botany to geology, palaeontology and ethnology. Once the move to the new location is complete, The Royal Alberta will be the largest museum in western Canada boasting more than 80,000 square feet of premier exhibition space. 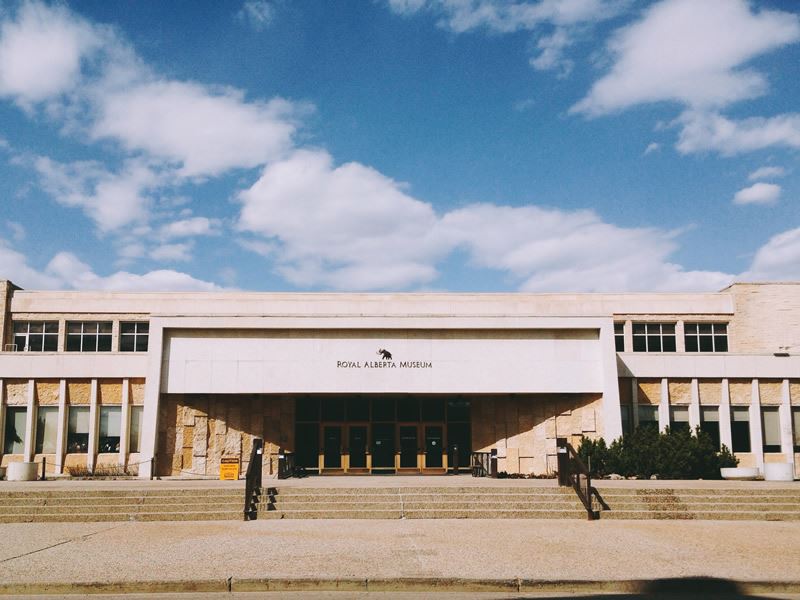 Where: Segway tours are operated by River Valley Adventure Co, located in downtown Edmonton, along the North Sakatchewan River and the TransCanada Trail.

What: Hop on one of these stand-up electric cruisers and embark on a whirlwind tour of Edmonton’s spectacular river valley. Some of the best Segway guides in the country provide a full training and safety briefing before leading you on an exhilarating, yet effortless ride between the main sights around the city’s expansive urban parkland. Standard tours last 60 minutes and include several stops to admire the scenery and learn more about the river valley environment.

Highlights: These fun-filled tours are available year-round, including in the depths of winter. Segways are equipped with thick snow tires enabling you to explore the city’s landscapes during the colder months. If you’re looking for something a bit more physical, River Valley Adventure Co also offer top range mountain bike rentals. Walking, running and snowshoe tours offer yet more unbeatable ways to explore Edmonton’s 480 plus kilometres of well-maintained trails. 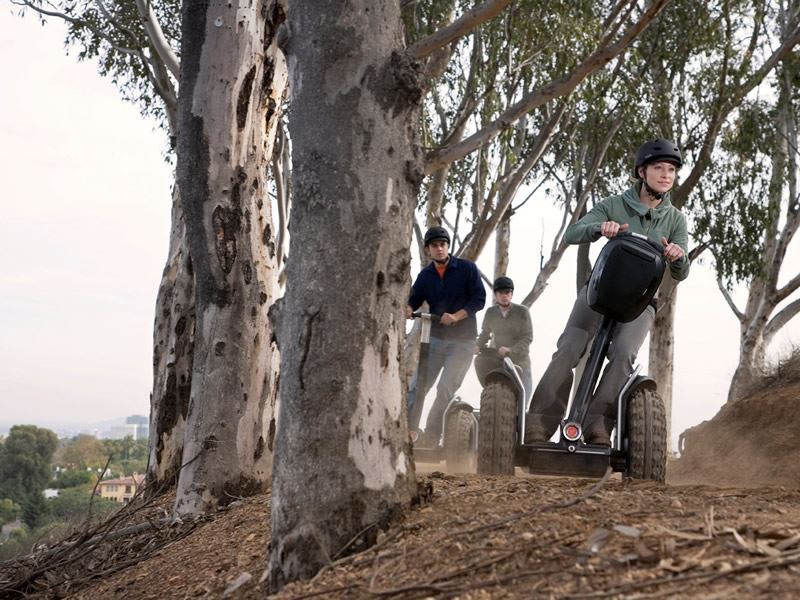 What: Named after Dr. Francis G. Winspear, whose generous private donation made its construction possible, the Winspear centre is widely recognised as one of the finest performing art spaces in North America. The centre is home to the much-loved Edmonton Symphony Orchestra, popular for its frequent forays into everything from country music to hip hop and its unique collaborations with an eclectic range of artists, such as Procol Harum and Frank Zappa.

Highlights: Choose from a diverse range of performances, from classical to folk, Broadway to cabaret, kid-friendly shows to thrilling pop concerts. Savour the exceptional acoustics and stunning visuals of the vast concert hall. Particularly impressive is the Davis Concert Organ, a grand three-storey organ featuring 6,551 pipes and boasting incredible sound resonance. The centre also plays host to a variety of special events throughout the year, including multi-day celebrations like Symphony In The City, a festival devoted solely to Edmonton Symphony Orchestra. 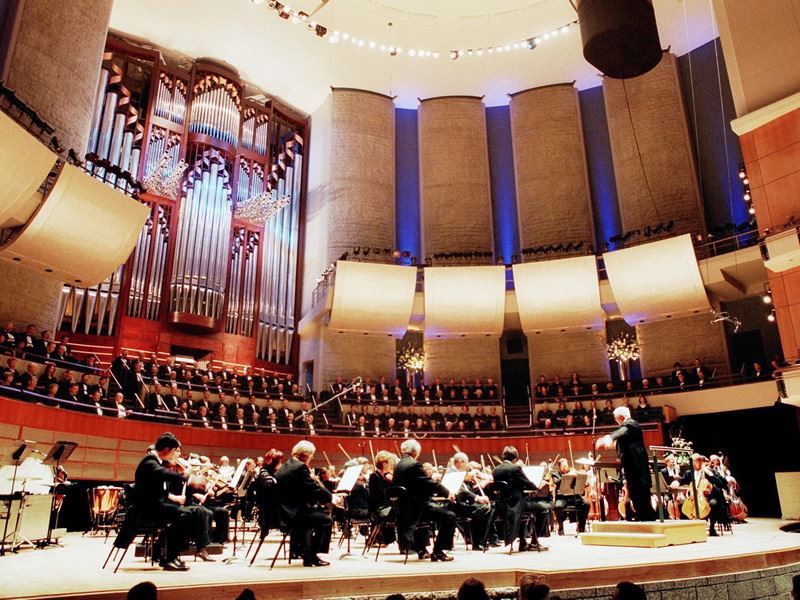 Where: Located in the Summerlea neighbourhood, west of downtown. At 5.3 million square feet and spanning the equivalent of 48 blocks, it’s North America’s largest shopping and entertainment complex, making it hard to miss!

What: Far more than your average shopping centre, Edmonton’s super-sized mall promises non-stop entertainment and a veritable feast for the senses. It houses over 800 stores, 100 restaurants, plentiful services, two hotels, and even an indoor amusement park complete with a twisty triple-loop rollercoaster.  It’s the ideal destination for families, as there’s something here to occupy everyone, as well as being a great place to come to escape the cold during the winter months.

Highlights: You’ll easily find enough to do here to fill the whole day, if not an entire week. Browse hundreds of cutting-edge shops, spanning international brands and unique local designers. Take the kids on a tour through the aquarium, home to penguins and dolphins, or let them blow off steam on the ice rink, mini golf, obstacle course or bungee jump. WEM’s waterpark is particularly impressive, featuring a pirate ship and the world’s largest indoor wave pool. Later on, catch a film at the multiplex cinema, head to the casino or take in a spectacular live show. Then choose from any number of quality eateries and watering halls housed in themed areas, from the mall’s very own Chinatown to its lively New Orleans-themed Bourbon street.

Where: Nestled in 64 hectares of wooded parkland off Whitemud Drive, along Edmonton’s river valley.

What: Canada’s largest living history museum brings Edmonton’s storied past to life right before your eyes. The park consists of four distinct areas faithfully reconstructing pivotal periods in the city’s development. Tour the 1846 Hudson’s Bay Fort, a famous fur-trading hub, along with recreated historical streets from 1885 (the settlement era), 1905 (the municipal era) and 1920 (the metropolitan era), each complete with authentic buildings and hundreds of intriguing artefacts. Costumed interpreters stage live demonstrations throughout and are on hand to provide an in-depth perspective into the lives of the early pioneers. There are also a wealth of games and activities to try out, along with plenty of facilities and the elegant Selkirk hotel.

Highlights: Hop aboard a range of period transportation, enjoying a ride on everything from ponies to wagons, streetcars to steam trains. Catch a demonstration of heritage skills such as breadmaking and water pumping and try them out for yourself. Stop to chat to the interpreters, dress up in period costume and snap a selfie. Head to the Mid-way for old-fashioned rides and fun-filled pioneer games. To round off the day, browse charming souvenir stores, grab a bite to eat at the ice-cream parlour, bakery or café and catch a live show at Edmonton’s Capitol Theatre. 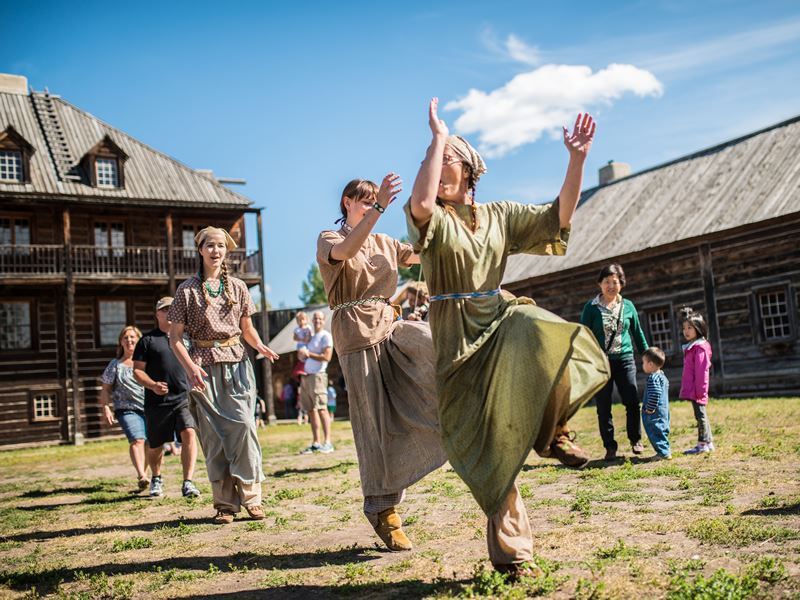