The annual Calgary Stampede is a 10 day Western-style extravaganza held every July in Calgary, Alberta. It’s one of Canada’s largest and most famous festivals, attracting over a million local and international visitors each year. Dubbed “The Greatest Outdoor Show on Earth”, it features one of the world’s largest rodeos, along with art and agricultural exhibitions, music concerts, stage shows, a parade, amusement park and endless opportunities for eating, shopping and general merriment. Early July is a fantastic time to visit Calgary, as Stampede fever consumes the entire city, with music, food, Western-style dress and warm hospitality occupying virtually every street corner. Here’s everything you need to know if you’re planning a visit. 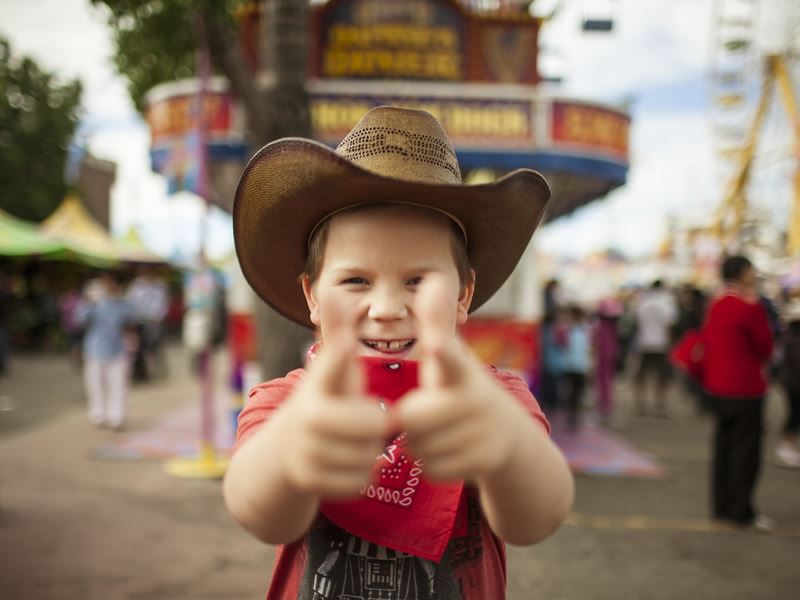 The Calgary Stampede can be traced to 1886 and the city’s first agricultural fair. However, it wasn’t until 1912 that this initial gathering expanded into a rodeo and festival under the guidance of American Wild West show performer Guy Weadick. From 1923 on, the Stampede became an annual occurrence, with more and more traditions and events being added over the years. Almost a century later, it has grown into a landmark event for Calgary, dedicated to the principles of cultural preservation and the celebration of community spirit. 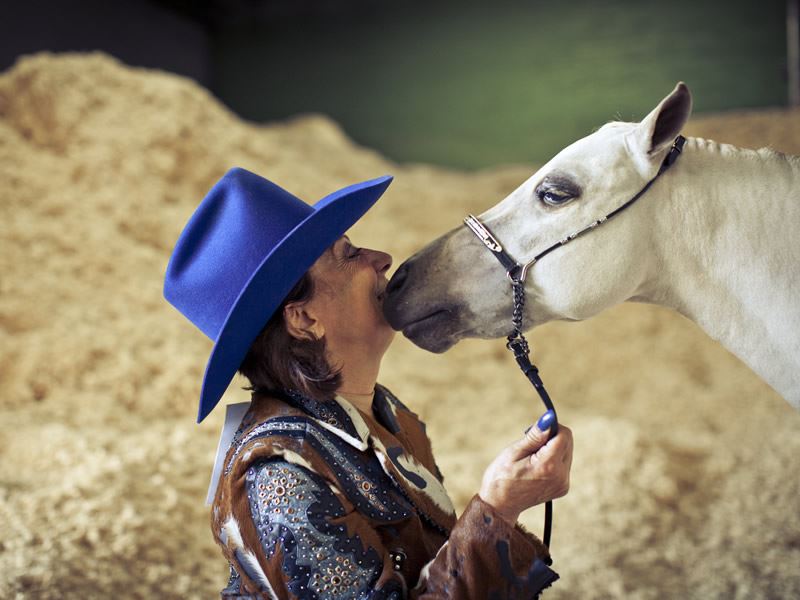 Today, the Calgary Stampede continues to revolve around its strong Old Western heritage, particularly the history of rodeo and agriculture in the region. As the festival has evolved over the decades, this emphasis has merged with a focus on dynamic contemporary entertainment, encompassing everything from high-speed rollercoasters to spectacular firework displays and innovative cuisine to the latest chart toppers.

The thrilling rodeo event is the central attraction of the entire festival and the most renowned event of its kind in the world, attracting top professional cowboys and cowgirls from across the globe. Every afternoon you can watch riders battle it out over several days of ground shaking competition. With $2 million in prize money up for grabs, the heat is on and the excitement palpable as huge crowds of up to 200,000 people come out to cheer the riders on. 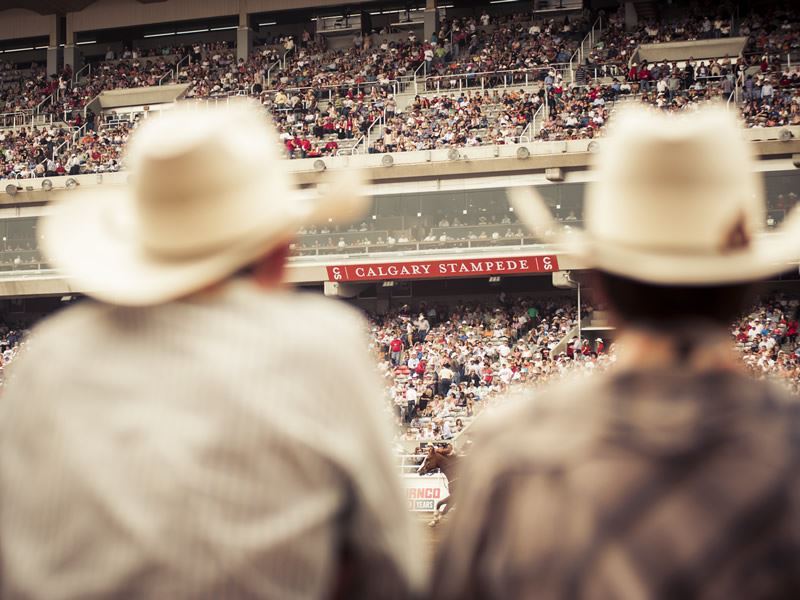 After witnessing the thrilling rodeo event, let loose at one of the Stampede’s many music concerts and high-energy entertainment shows. Free with park admission, these encompass everything from country stars and rock royalty, to ballet performances and family-friendly shows. The unmissable highlight is the nightly TransAlta Grandstand show, a mind-blowing spectacle featuring 2 hours of elaborately choreographed singing, dancing, acrobatics and lightshows. With highly-anticipated performances from Young Canadians taking place each year, along with a spectacular firework finale it’s a must for the whole family.

Several stages on site play host to daily line-ups spanning an array of genres and featuring big acts and emerging talent alike. The Nashville North stage will have you dancing to country music all day long, whilst the massive Saddledome stadium pulls in world-renowned performers. You’ll also find plenty more music and live entertainment right around Calgary’s parks, streets, bars and clubs as the whole city joins in with the festivities. 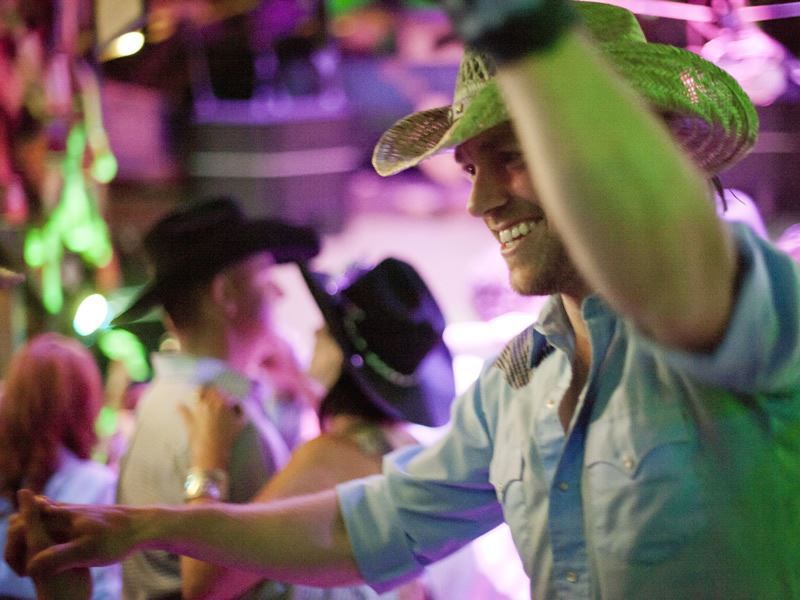 The midway is another iconic component of the Stampede celebrations, offering the chance for thrill seekers of all ages to blow off steam on numerous traditional rides and carnival games. Let loose on twisty rollercoasters and old-fashioned rides and test your skills on a vast range of fun and unusual games. Live entertainment on the Nashville North and Coca-Cola Stages are also in the vicinity, making this a great area to spend time in the evenings or in-between the main rodeo events. 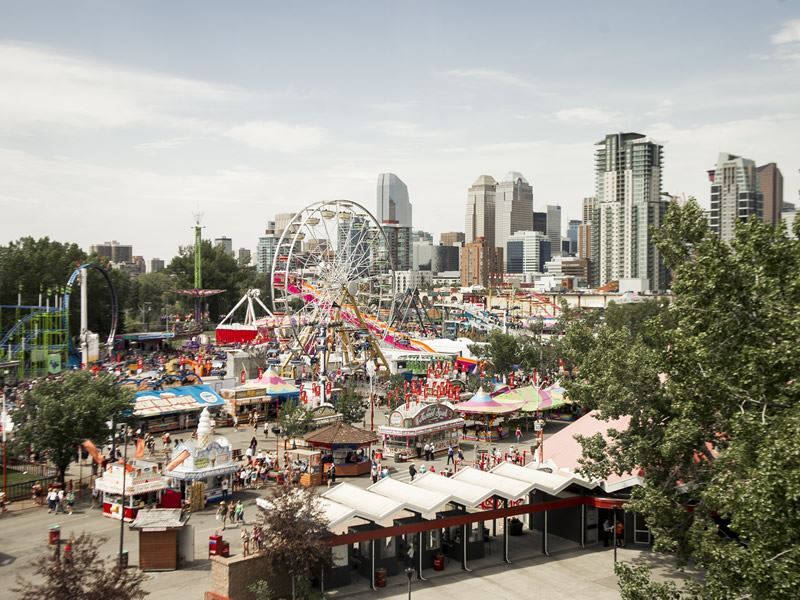 Kick off your day with a Calgary Stampede tradition - free pancake breakfasts! Throughout the festival, dozens of venues offer barbeque grill breakfasts at numerous locations across the city completely free of charge. The tradition dates back to 1923 when cowboys first started to invite passers-by to join them for a morning meal. The custom endures and is seen as an important way to spread the hospitality and community spirit that the Stampede is renowned for. Expect buttery pancakes, crispy bacon, flapjacks, coffee, juice, plenty of Western-style entertainment and a warm welcome.

At the Stampede grounds, exploring the Market area is a must for all food-lovers and anyone feeling a bit peckish. Virtually every type of sweet and savoury delight under the sun can be found here, whether it be juicy burgers or decadent mini donuts, as well as pretty much everything deep-fried or anything on a stick. The Stampede also prides itself on its adventurous foodie creations each year, so come prepared for some all-new taste experiences.

The Calgary Stampede gets going with a huge two-and-a-half mile parade that serves as the official opening of the 10 day event. Dozens of marching bands, beautiful floats, hundreds of horses, First Nations performers and members of the Royal Canadian Mounted Police parade right around the city. With hundreds of thousands coming out to take part, and often featuring notable public figures, it’s a great way to kick start the celebrations. 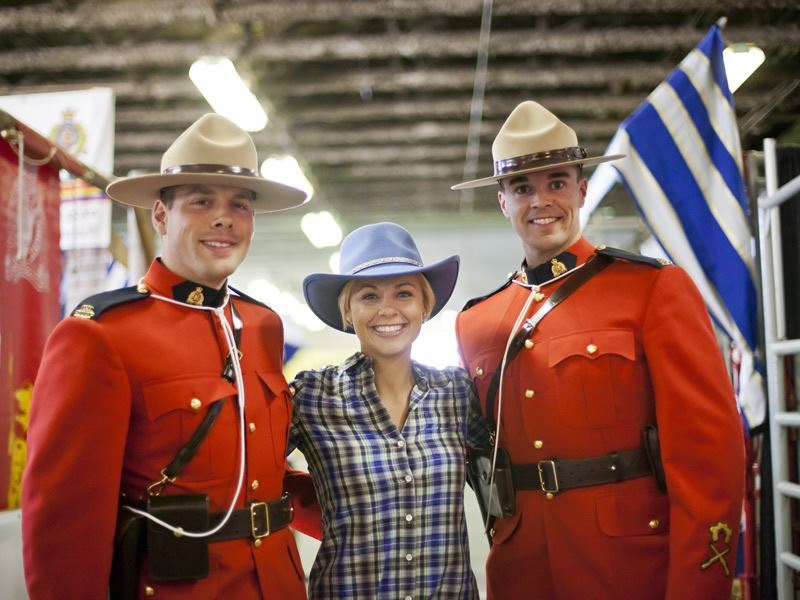 There are also plenty of cultural exhibitions to check out. The agricultural exhibition first gave birth to the event and still remains today one of its most popular attractions. This is a great opportunity to learn more about Alberta’s rich ranching and agricultural heritage through interpretive displays, demonstrations and plenty of hands-on experiences. You’ll find over 1,000 stalls and events to immerse yourself in, including blacksmithing, sheep shearing, horse pulls, stock dog trials and livestock shows.

Adjacent to Stampede Park, occupying a vast green space bordering the Elbow River, you’ll find the Indian Village, home to 26 authentic tepees. Meet members of the Treaty 7 nations and learn first-hand about the culture and traditions of southern Alberta’s indigenous people. Dance competitions, storytelling, games and fun-filled activities make this a memorable experience and an integral part of the Stampede experience. 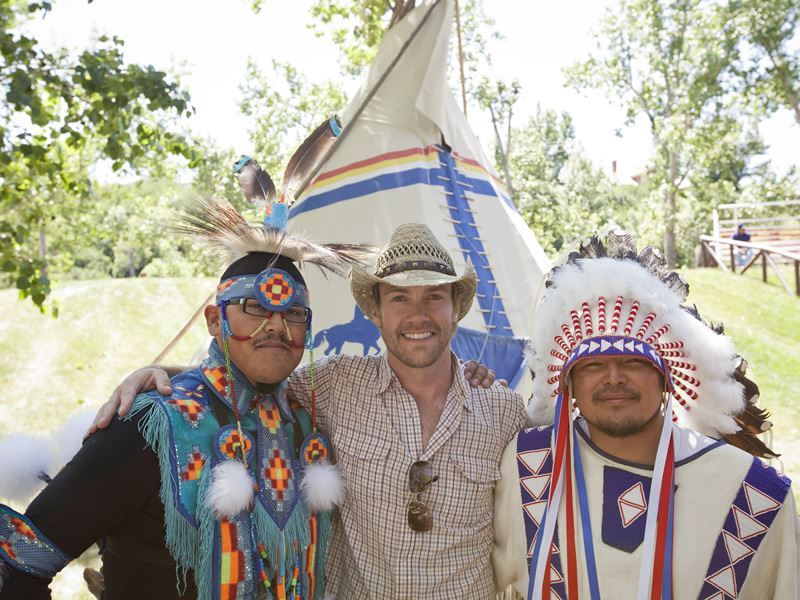 In celebration of the modern multicultural era, the Stampede’s International Pavilion features a global street market, as well as a community stage where you can watch a variety of eclectic cultural performers. Meanwhile, the Western Oasis is a comparatively tranquil spot which is great for browsing creative wares, relaxing over food and wine and strolling through the beautiful surrounds.

The Stampede celebrations aren’t just confined to the official grounds. Come early July, the whole city gets into the party spirit, making this is a memorable time to visit and share in all the energy and excitement. Many of the city’s prime attractions gear up for the festivities, whilst office buildings, storefronts and street corners pull out the Western-themed décor and locals don white cowboy hats.

You’ll find pancake breakfasts, barbecues, friendly mascots and abundant live-entertainment throughout the downtown core. Over the 10 days, many bars, pubs and community groups also host lavish events or pop-up parties that are free for all to join. Expect country music, line dancing, copious food and drink and crowds of up to 20,000 people at some of the largest gatherings.

If you’re planning a visit to Stampede city to take part in the cowboy celebrations, here are some top tips to help you prepare for the party!

The Stampede is held every year over 10 days in early July. Check the official website for exact dates.

The event is held at Stampede Park located southeast of downtown Calgary. The site spans over 200 acres and includes the Saddledome, Big Four building, the BMO Centre and the Stampede Grandstand. It’s within easy walking distance from a number of hotels along with many of Calgary’s top attractions and is also connected on the city’s C-train transit system.

How long should I stay?

Most visitors find that at least 2 days at the Stampede is needed to get a taste of everything on offer.

Entry to the grounds is $18 for adults, $9 for kids, whilst under 6’s get in for free. Tickets for the Rodeo and Evening Show start at $40 and include park admission. You can buy tickets in advance to save time on the day. Also keep an eye out for value days, where discounts are to be had for families, kids and seniors.

Is there anything else I should know?

Come prepared for all weather possibilities. It can get quite hot, so bring sunscreen and remember to stay well hydrated. Equally, the festival is known for sometimes attracting rain and even hail, so come prepared. In terms of dress, many people sport a cowboy hat, along with denim, neckties, big belt buckles and boots, and it’s certainly fun to dress the part.

What else can I do?

Stampede week is certainly a memorable time to explore many of Calgary’s other attractions. You can also use your visit to the Calgary Stampede as a springboard to visit the wider area, including the majestic Canadian Rockies that lie just 50km to the West.