Situated in the heart of southwest Calgary, Heritage Park is one of North America’s largest and most popular living history museums. Chronicling the epic 100 year history that made Western Canada what it is today, this unique park leads visitors on a captivating journey through time, with the help of authentic exhibits, lively costumed interpreters, numerous artefacts, demonstrations, activities and rides, along with fantastic shopping and dining options. Whether you’re eager to learn more about the history of the early West or simply in search of some good old-fashioned entertainment, this premier tourist destination is sure to delight the entire family. 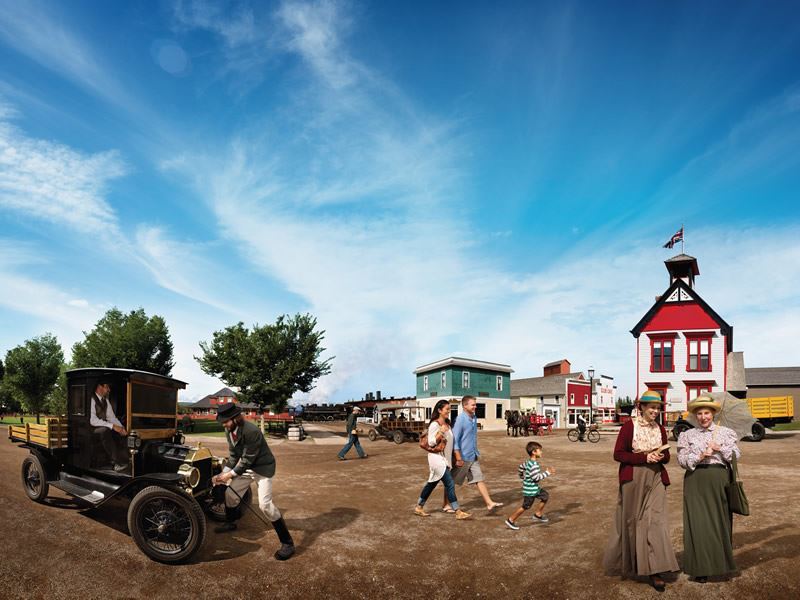 Journey through western Canada's historic past

Heritage Park is home to a wealth of historical and architectural attractions that bring Western Canada’s past to life in vivid detail. Many of the buildings are originals with authentic facades, having been relocated to the park from across the province and further adorned with classic furnishings and genuine artefacts. There are four distinct areas to explore, each one spanning a key period in the province’s history from the 1860's up to the 1950's. These chronicle Calgary’s era of early settlement and agriculture, through to the development of the railway system, right up to the advent of the automobile and the birth of modern Canada.

Historical attractions and exhibits are brought to life through numerous inventive means, providing a real feast for the senses and a truly immersive experience. Park interpreters sport authentic period costumes and put on a variety of real life demonstrations. Watch as they tend farm animals, churn butter, carry out repairs on antique vehicles or stage live musical performances at the bandstand. 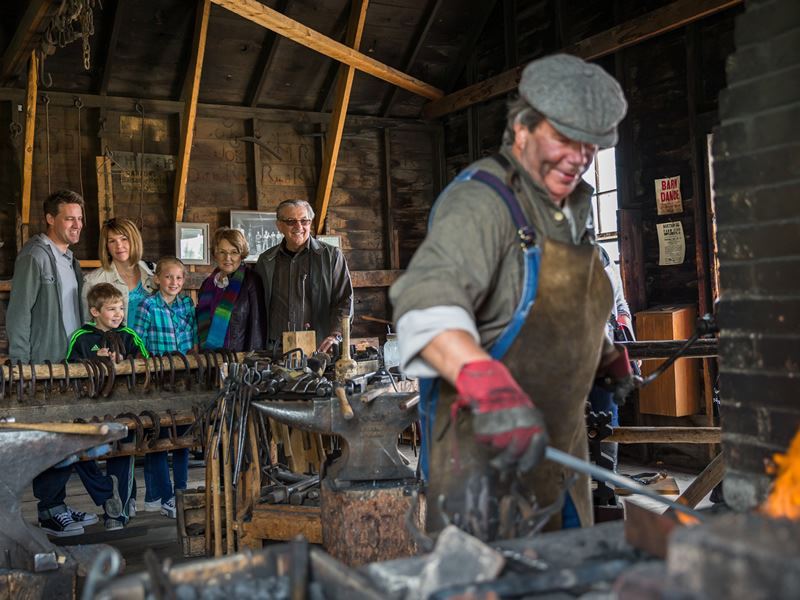 Embark on a self-guided walking tour, taking in the most popular locations and sights. The park boasts well over 100 exhibits, and here are just some of the highlights you won’t want to miss.

First Nations Encampment
The earliest section of the park is dedicated to the heritage of the semi-nomadic plains Indians that first settled in southern Alberta. Take the opportunity to tour inside a wonderful tipi, hear age-old stories about First Nations life, try your hand at making bannock or beaded crafts, and even take part in a ceremonial drumming circle. 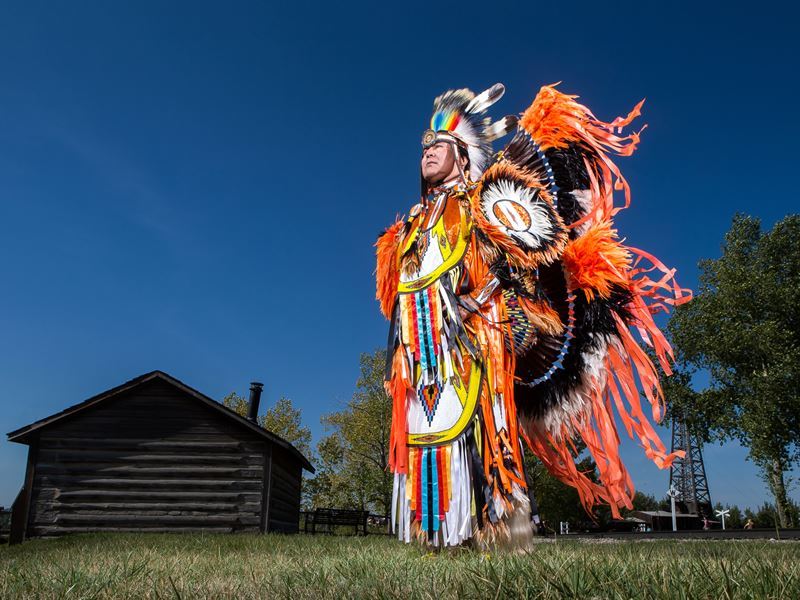 Pre-railway Settlement
From the mid-1800's, whiskey traders and early ramshackle settlements started to appear in the area, often accompanied by the ruthless exploitation of First Nations people. In 1873, the first police force was set up to tame the lawlessness and encourage more permanent settlement. Visit the historical building where the Berry Creek North West Mounted Police set up home during this era. Most early inhabitants during this time were farmers or hunters who joined forces as homesteaders to gain legal title to the lands. Explore some of the beautifully preserved heritage buildings of the time, including private homesteads, a farm implements shed and an authentic miner’s cabin.

Prairie Railway Town
The completion of the Canadian Pacific Railway 1885 precipitated a huge increase in immigration at the turn of the century. Heritage Park features a representation of a typical prairie railway town dating from around 1910. Learn about the antique steam train system that spurred this development and explore several original train stations. Tour renovated historical buildings, ranging in style from elegant heritage homes, such as Prince House, to the more basic sod and log shacks. Also keep an eye out for the Dingman well that first struck oil in 1914, igniting Alberta’s oil boom, as well as the Wainwright hotel and Little Synagogue, along with several old-fashioned entertainment venues. 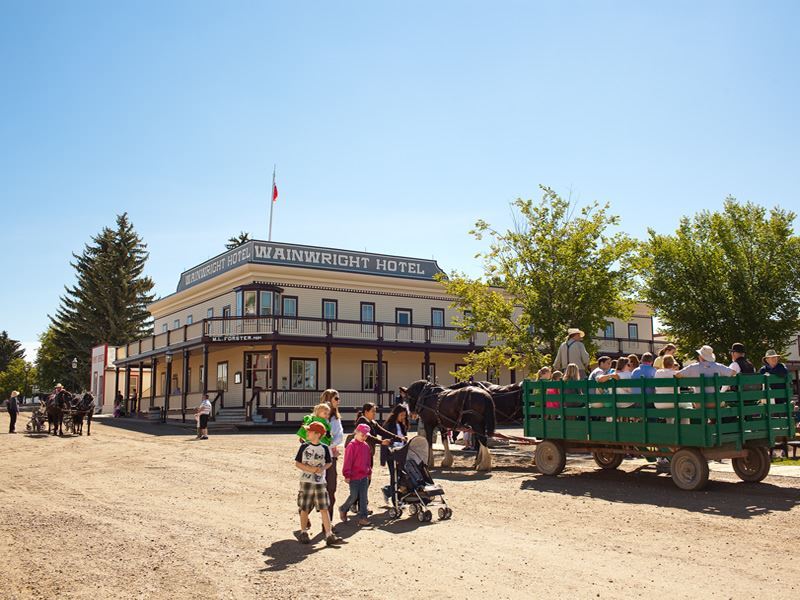 Gasoline Alley Museum and Heritage Town Square
The 1920's to 50's era was a time of rapid development in Western Canada and one of the park’s best-known attractions, Gasoline Alley, offers the chance to learn more about the technology that was so instrumental in spurring this far-reaching change. The museum houses one of the world’s largest collections of rare vintage vehicles and artefacts relating to the auto industry. The gleaming colours of the vehicles are complimented by hordes of memorabilia harking back to the golden era of the automobile, along with interactive exhibits, crafts and story-telling that brings this momentous historical period to life right before your eyes. 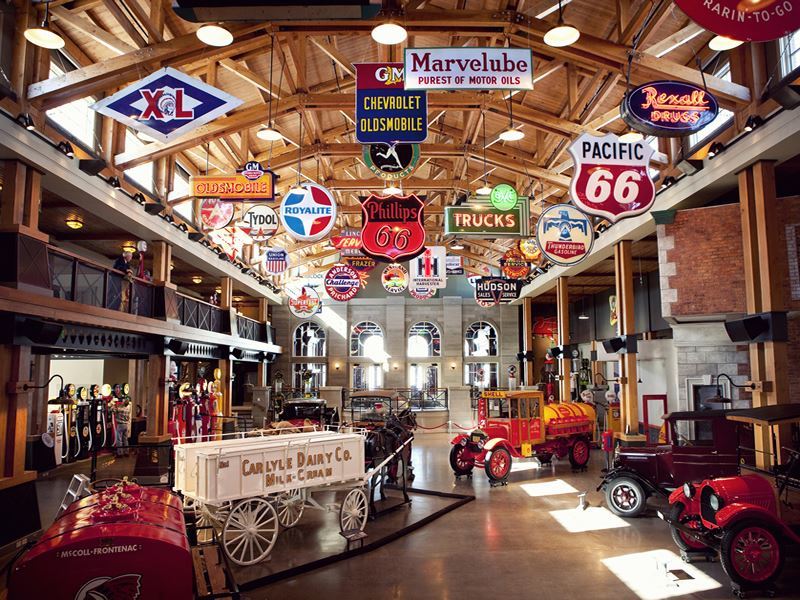 Outside the museum, be sure to spend time exploring the 1930's Heritage Square. Open year-round, this town square features several charming shops and numerous enticing eateries, along with an interpretive microbrewery where you can learn about the craft brew process from the professionals. Period appropriate shops are dotted throughout the park, including rare antique stores and classic toy shops, where you can pick up a unique memento of your visit. 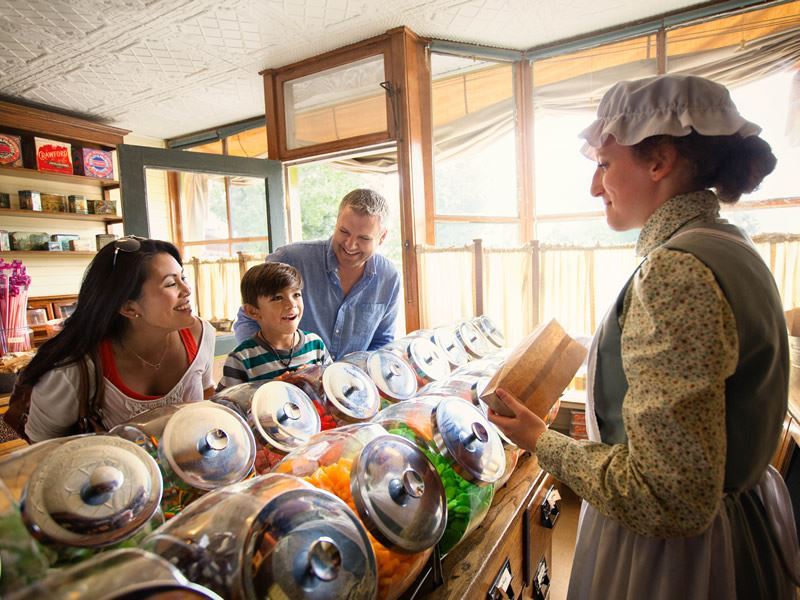 The park offers plenty of fun-filled ways to get around the sites and learn more about the various transportation revolutions of the period. A streetcar service, based on Calgary’s former system, shuttles visitors to and from the visitor entrance. Once in the park, enjoy a relaxing horse-drawn wagon ride to get a superb overview of all the main sites. 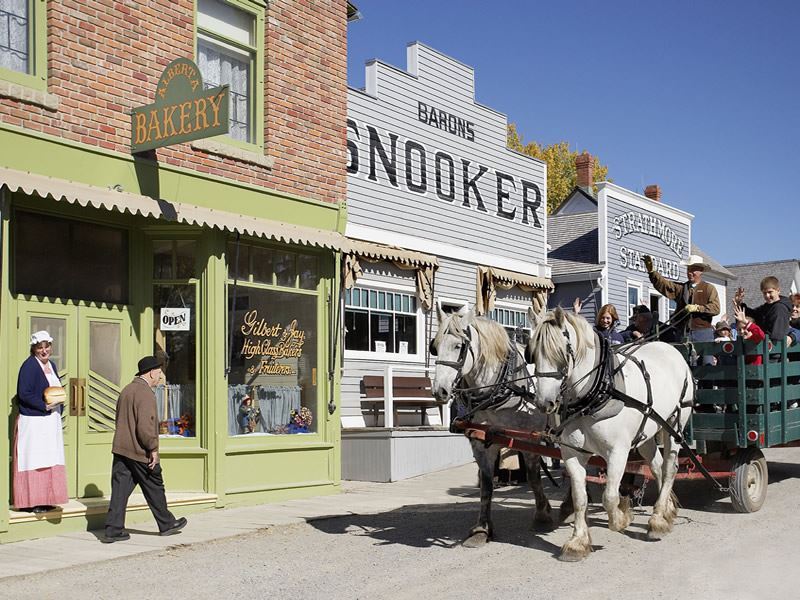 Ride a real steam train around the entire park, passing authentic old train stations that have been relocated here from across Alberta. Or take to the water on Glenmore Reservoir in an old paddle wheeler, canoe or sailboat. The paddle steamer, S.S. Moyie, is a replica of North America’s oldest steamship, one of many that serviced Western Canada’s rivers and lakes from the 1860's and well into the 20th century. 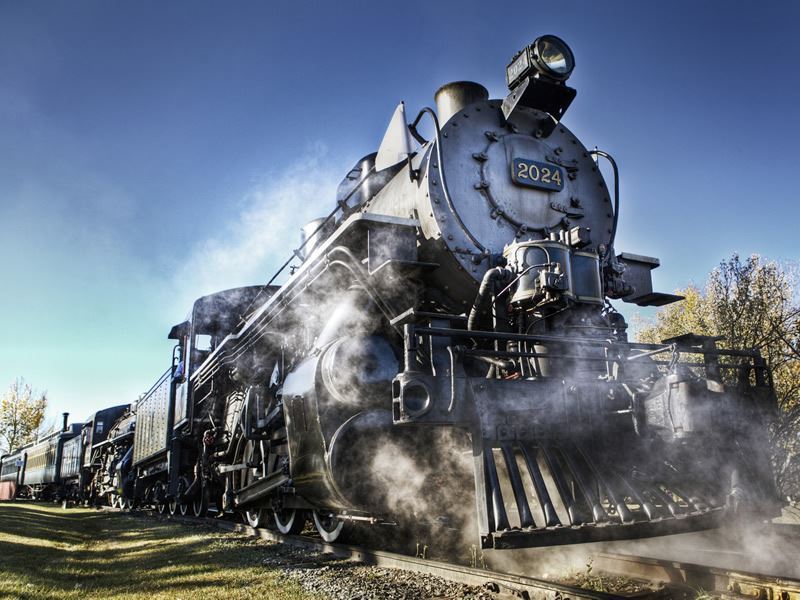 The park’s antique midway features numerous working historical amusement park rides. Take a spin on the old Ferris Wheel and marvel at the 1921 “Whip”, the world’s first thrill-based ride. Also not to be missed is the beautifully restored Bowness Carousel, dating from 1904, along with several old-fashioned games booths.

For a quick way to refuel, the park’s authentic concessions offer plenty of history-inspired treats boasting flavours that have stood the test of time. Visit Alberta Bakery and savour the smell of freshly baked breads, tarts and pastries. Kids will love picking out old-fashioned penny candy from the grocery store or feasting on traditional candy floss at the amusement park. Enjoy a delicious cone from Vulcan ice cream parlour in a shady spot under a tree, or learn how to make old-fashioned ice cream for yourself with park staff. 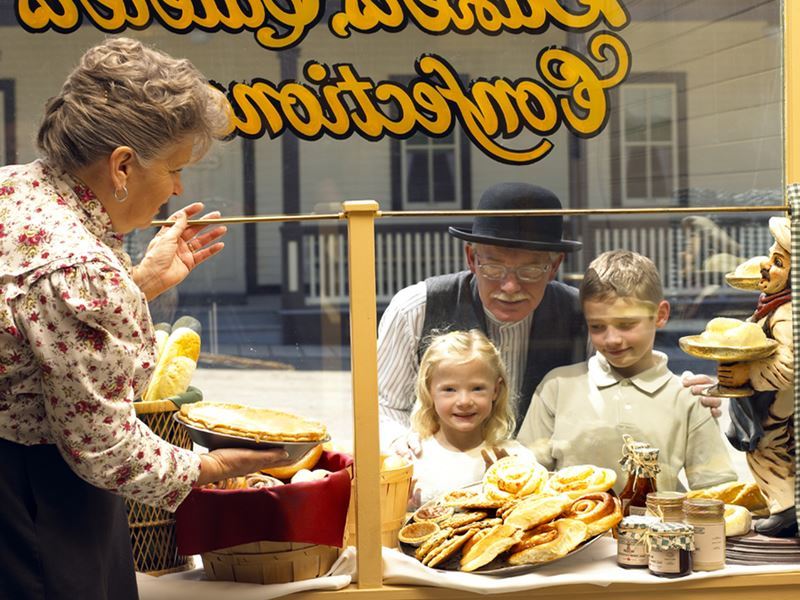 For something more substantial, Heritage Park is home to several restaurants emphasising old Canadian classics with a modern twist. Stop by Club Café for a warming savoury soup or hearty all-day brunch. For a true taste of the West, head to Gunn’s Dairy Barn – once a fully-functioning animal barn and now converted into a rustic dining area with a fun atmosphere. It offers up a classic menu of hamburgers, hot dogs, fries, sandwiches and salads, guaranteed to satisfy the whole family. If you’re looking for a sit down meal with a difference, Selkirk Grille is a must. You’ll be treated to an inspired menu bursting with fresh, organic, locally grown food that delights the taste buds. Standout options include the Prince Edward Island chorizo poached mussels for seafood fans, or the Alberta elk striploin for meat lovers. Pair your meal with a choice from the excellent wine list and enjoy in elegant surrounds accompanied with vintage décor, traditional music and impeccable service.