Here are a few fun facts about one of our favourite British Columbia locations!

The whistling call of the Hoary Marmot is where Whistler got its name. These silver-grey, brownish marmots can easily be mistaken as an exceptionally large beaver or even a small bear, and they are a common sight on Whistler Mountain. These marmot are North America’s largest species of ground squirrels, weighing from anywhere between 8 to 20 pounds. The marmots' whistling can sometimes be heard by tourists wandering near the outskirts of the village. 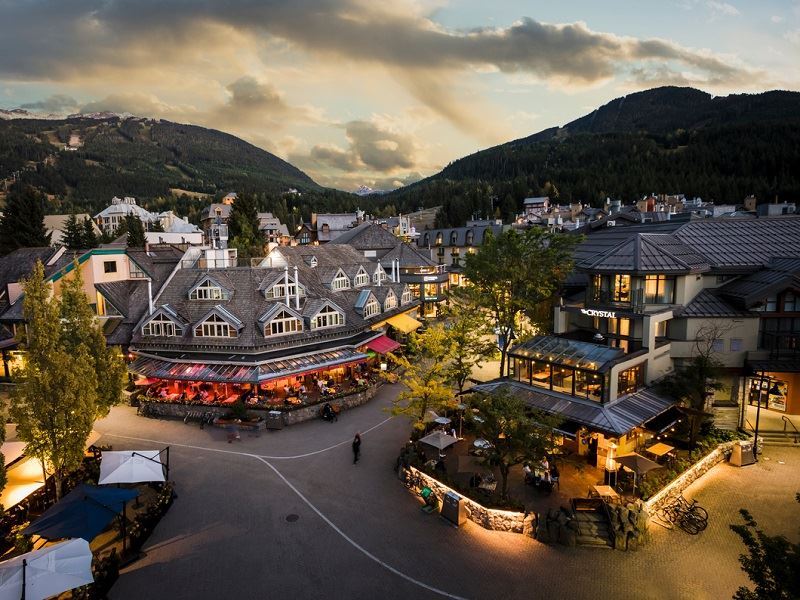 Whistler is 78 miles north of Vancouver in Canada’s most westerly province – British Colombia. Whistler is part of the Fitzsimmons Range in the Coastal Mountains, which stretches from Alaska to southern British Columbia. The Coast Mountains are part of the Pacific Ring of Fire—the ring of volcanoes and associated mountains around the Pacific Ocean. 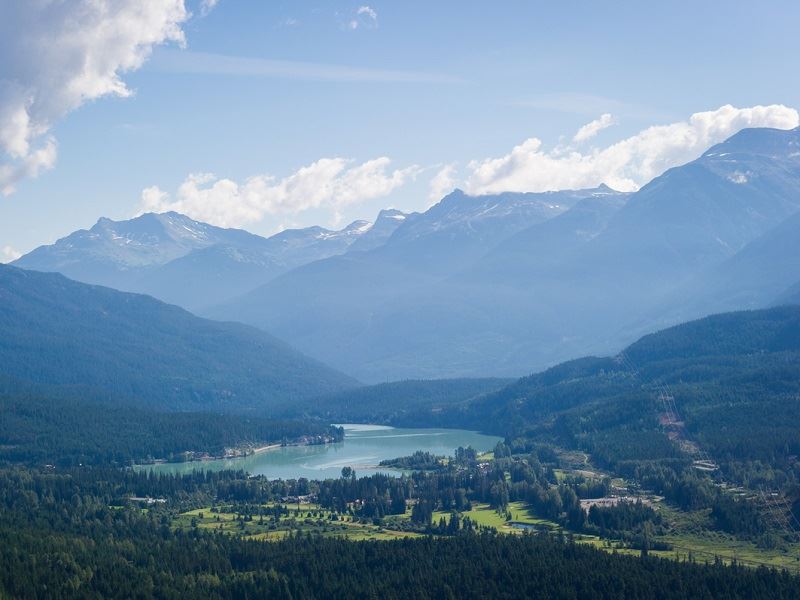 
The Olympics and Whistler

It took Whistler 50 years to host the winter Olympics. Back in the sixties, there was no road, no electricity, no piped water or sewage, so it was a no-go for the 1968 Games. They tried again in 1976 but it wasn’t until 2010 that Whistler hosted the XXI Olympic Winter Games in partnership with Vancouver, when it hosted most of the alpine, Nordic, luge, skeleton, and bobsled events. It was one of the most successful winter games, with the official Olympic Committee press release saying "Full venues, record public attendance: Over 97% of the 1.54 million tickets available were sold, with 71% to the Canadian public." It also achieved record global television coverage as per the Olympic Committee, more than double the viewership of the preceding Turin 2006 games and triple the available coverage of Salt Lake City 2002. The gold medal final between Canada and USA was the most watched hockey game ever at the time with 114 million global viewers. 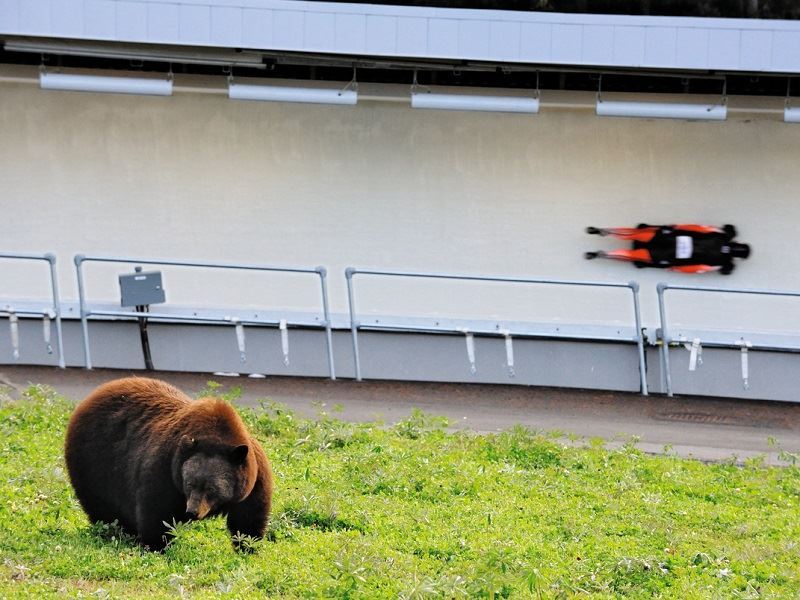 The total capacity of Whistler Blackcomb ski lifts is 65,000 people per hour and Whistler Blackcomb enjoys an average of 1,163 cm/458 inches of snow annually. The Peak 2 Peak Gondola, which connects Whistler Mountain and Blackcomb, broke the Guinness Book of World Records as the “highest cable car above ground” at 1,430 feet and “longest unsupported span between two cable car towers” at 1.9 miles. 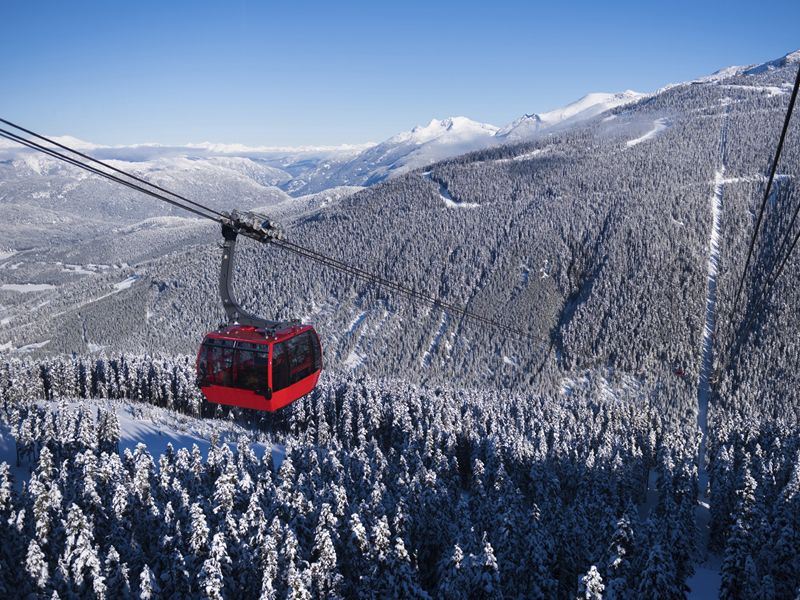 When temperatures start to rise, the days get longer and the snow cover melts away, then is the time for hiking, canoeing, mountain biking, climbing, zip-lining and white-water rafting. The warmer months are also when the wildlife starts to emerge. Keep your eyes open for bald eagles, marmots, deer, chipmunks and myriad other species that call this area home. Best of all, Whistler is home to a population of 50 or so wild black bears. Eco-tours visiting bear dens and feeding areas provide a chance to witness these majestic creatures in their natural habitat. 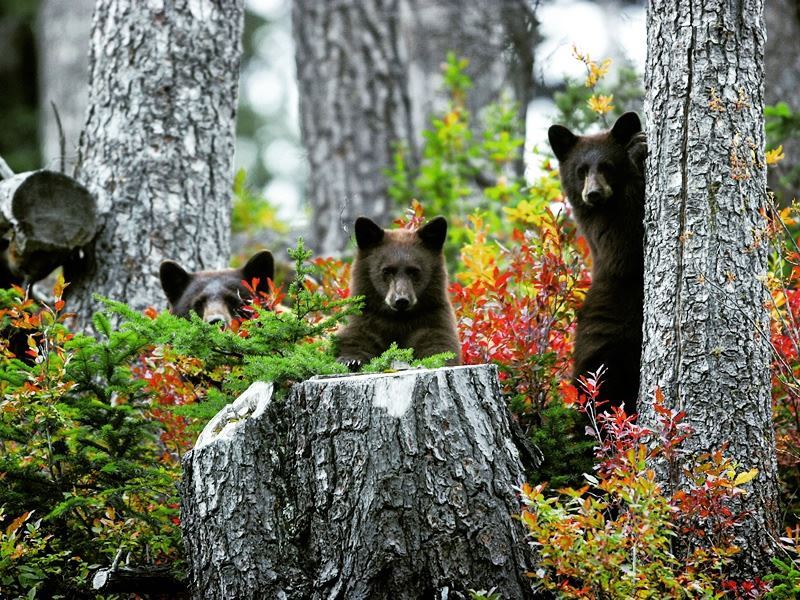 The Indigenous People of Whistler

Whistler is located on the shared, traditional territories of the Squamish Nation and Lil’wat Nation, and you can learn all about these nations in the Squamish Lil'wat Cultural Centre. Two nations came together to celebrate and share their cultures with the world while creating meaningful employment opportunities for members of both the Nations - Squamish Nation Coast Salish and Lil’wat Nation Interior Salish. The Squamish Lil’wat Cultural Centre (SLCC) is the first centre of its kind in Canada, and is designed to evoke the form of a Squamish Longhouse and Lil’wat Istken (earthen dwelling). The SLCC embodies the spirit of partnership between two unique Nations who wish to preserve, grow, and share their traditional cultures. 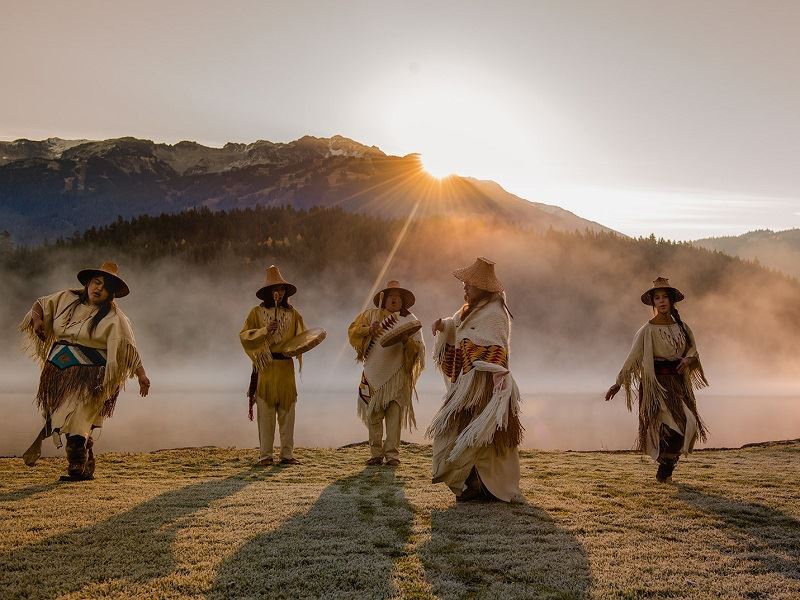 Check out this unique holiday to experience the highlights of British Columbia Encounter BC - Vancouver, Whistler and Victoria by Float Plane

Here are a couple of great tailormade flydrive itineraries: Exhilarating BC – Whitewater Rafting, Biking & Hiking or Enjoy BC - Mountains & Menus

Or how about an escorted tour Rockies Trail

Experience BC – Wilderness and Wildlife

Experience BC - Wineries and Walks