Prolific nineteenth century author, Lucy Maud Montgomery is one of Canada’s most celebrated literary figures, best known for writing the blockbuster novel Anne of Green Gables. Today, around 125,000 annual visitors make the journey to the site where Montgomery grew up and penned her classic tale of fiction, all of them eager to discover for themselves the enchanting settings described in the book and to learn more about the inspiring author’s real-world and imaginary lives. 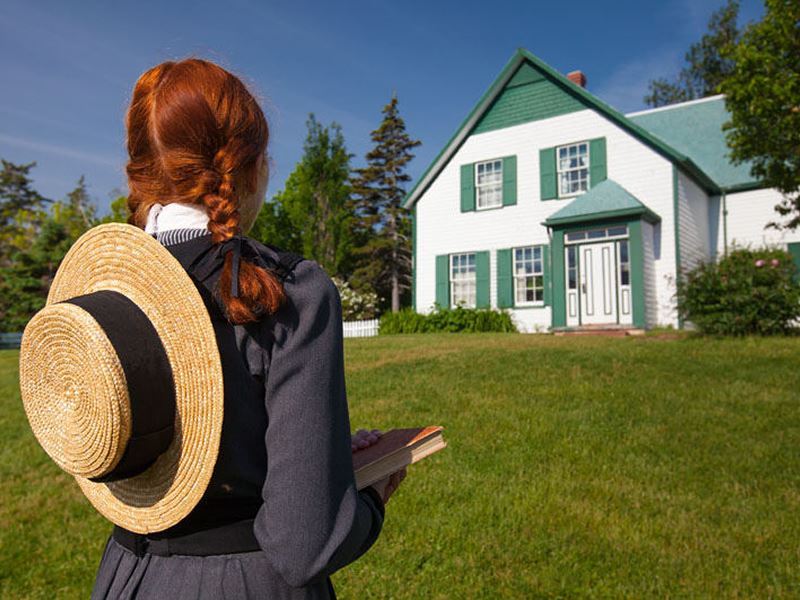 The historic site is located in the Prince Edward Island (PEI) National Park, which Montgomery’s novel describes in vivid and loving detail. PEI is home to one of Canada’s smallest yet most popular parks, boasting outstanding coastal landscapes, beautiful beaches and a rich natural and cultural heritage. Spend a few days immersing yourself in the land of Anne, exploring the multiple heritage sites dedicated to the author, as well as taking time to explore the diverse offerings on the rest of this magical island. 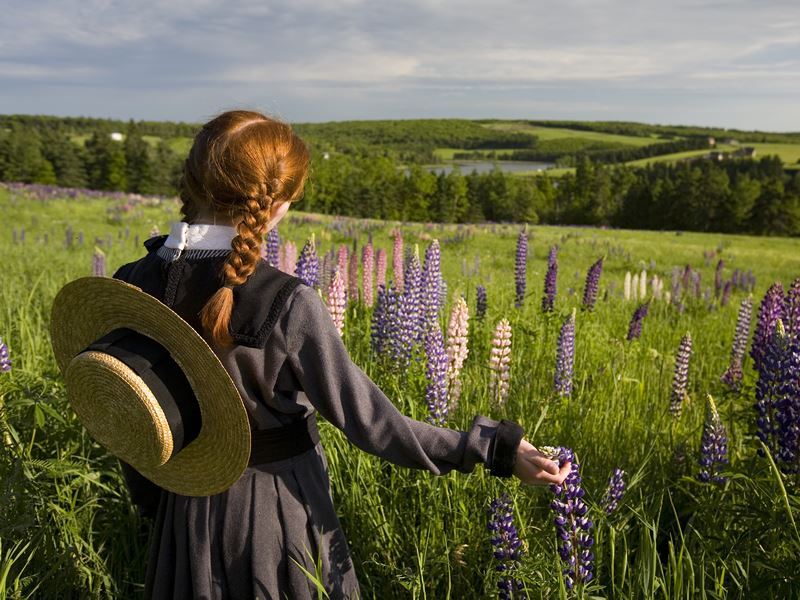 This heritage destination is the real life home of Montgomery and provided the creative inspiration for the setting in her acclaimed novel. It’s now part and parcel of the PEI National Park, administered as a site for national historic significance and open to the public daily throughout the summer. Fans of the book can visit Green Gables Heritage Place, the Site of Montgomery’s Cavendish Home and the author’s birthplace in New London, among many other Anne-related attractions.

Historical background: the novel and its author
The novel Anne of Green Gables, first published in 1908, centres around the life and misadventures of 11 year-old Anne, a red-haired orphan who has become Canada’s most loved fictional character. The book became an instant best-seller, spreading in popularity across the globe and going on to sell over 50 million copies. It’s been translated into 20 languages and has reached the level of cultural phenomenon in countries such as Japan. Today, the book is a big factor in attracting hundreds of thousands of visitors to Prince Edward Island every year.

The woman behind the story, Lucy Maud Montgomery (1874-1942) was born and raised on the island in the area of Cavendish. The book launched her career as a prolific writer and she subsequently went on to write seven sequels along with multiple other novels and around 500 poems and short stories. All but 20 of her novels have PEI as their main setting, which is a testament to the creativity and strong spiritual connection she drew from the captivating landscape that surrounded her. Shortly after her death, she was declared a person of national historic significance. 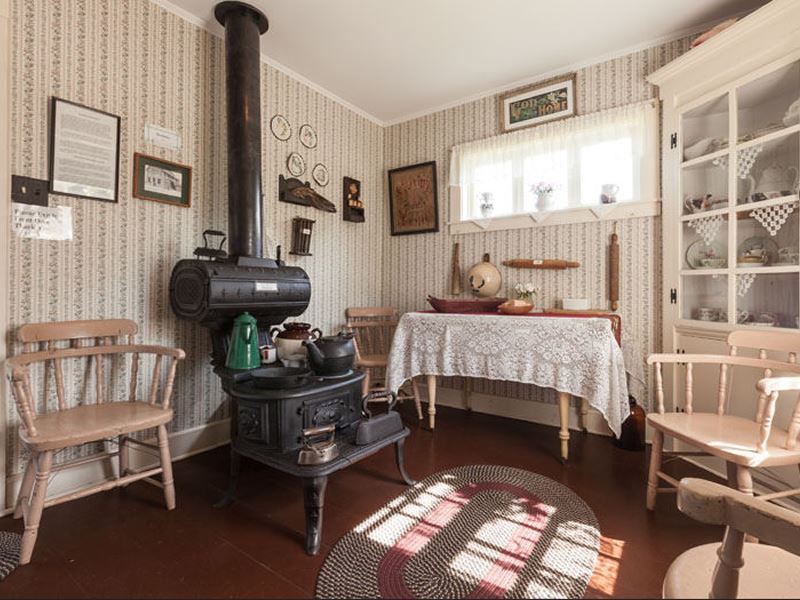 The house has been lovingly restored to reflect its original late nineteenth century look and feel and to more accurately depict the setting in the novel. A guided house tour provides a vivid insight into the time period, with rooms filled with stiff Victorian furniture and nostalgic artefacts that trigger memories of scenes from the book. An excellent array of interpretive videos and exhibits provide further opportunities to learn about the story, its author and the cultural history of the period. 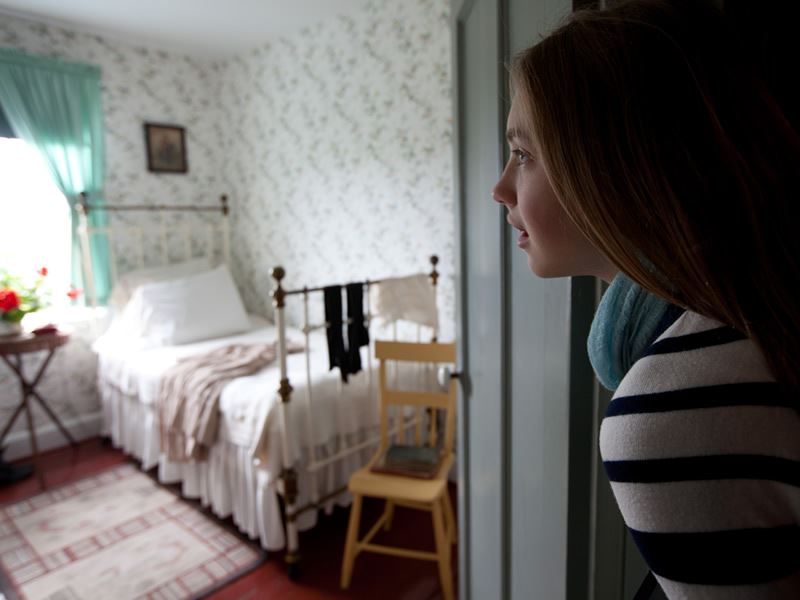 Montgomery was particularly captivated by the area’s surrounding natural beauty and the central character in her story, Anne, also cherishes the bucolic landscapes. Visitors can stroll around the peaceful grounds and admire reconstructed farm outbuildings, including a quaint barn and woodshed. Afterwards, head out towards Green Gable Shore to discover the winding pathways, rolling hills and thick woodland described in the book, including Haunted Woods, Balsam Hollow trail and Lover’s Lane.

Things to do
Besides touring the historic house and its immediate surrounds, there are plenty of exhilarating activities that provide further immersion into the scenes and characters described in the book, along with deeper insight into the real life experiences of Montgomery and the era she lived through.

Marvel at the authentic period dress of the interpreters, enjoy some special readings from the famous novel, or meet Anne Shirley herself during a stroll through the Barnyard. Get involved in heritage demonstrations, ranging from crocheting, quilting and rug hooking, through to butter making and ice cream demonstrations. Picnics, puppet shows and old-fashioned games and races are especially great for the kids. Before you leave Green Gables, be sure to browse the gift shop for a range of souvenirs, books, crafts and gourmet items, or stop for a tasty bite to eat at the Butter Churn Café. 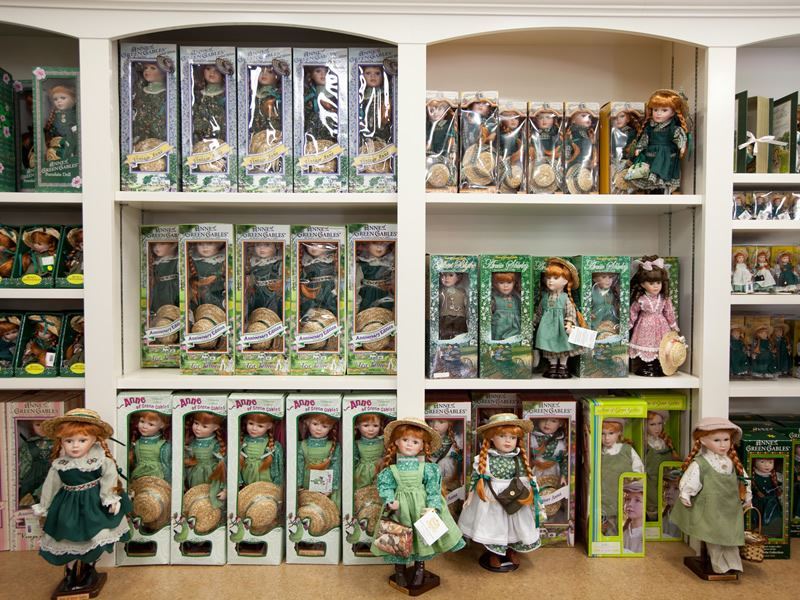 Spend an afternoon in Avonlea village, a recreated rural community based on the fictional village where Anne lived. Explore eclectic shops and eateries and visit a nineteenth century school and church complete with beautiful gardens. A little further afield, enthusiasts won’t want to miss the Anne of Green Gables Museum at Silver Bush, nor the chance to take a serene Carriage Ride past the tranquil Lake of Shining Waters. Also worth a trip is Anne of Green Gables – The Musical, a wonderful adaptation that shows every summer in the island’s capital, Charlottesville and ranks as Canada’s longest-running musical.

You can’t visit the Montgomery Heritage Site without being tempted to venture further out to discover other parts of the PEI National Park. To get a full sense of the magic that inspired the novel, spend time exploring the miles of unspoilt countryside and coastline the area is famed for. The spectacular landscapes encompass wind-sculpted dunes, red sandstone cliffs, tidal marshes, Acadian forest and verdant farmland.

PEI is best known for its gorgeous sandy coastline, spanning more than 40km and offering endless opportunities for beach-side fun. Build sandcastles, relax in the sun, enjoy strolls in the surf and admire breath-taking sunsets on seven iconic supervised beaches. Head over to Greenwich Peninsula, home to an extensive mobile parabolic dune ecosystem, including numerous rare plants species. Boardwalk trails interspersed around the dunes and surrounding wetlands provide a unique chance to witness this fragile natural habitat up close. The peninsula is also a fascinating place to learn more about the area’s early history, with rare archaeological sites dating from the early settlers all the way back to the time of Paleo-Indians, more than 10,000 years ago. 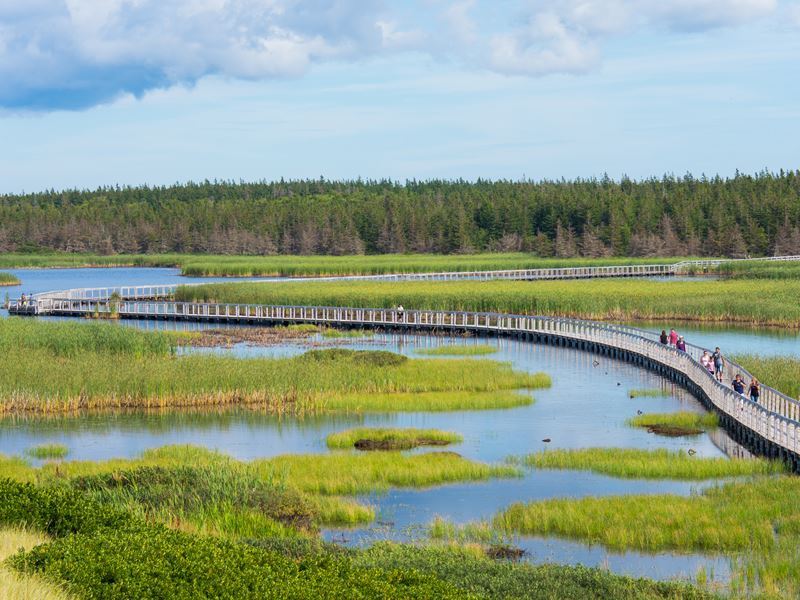 A 50km trail network provides plenty of avenues to explore the varied terrain, whether on foot or by bike. Cavendish Grove, in particular, is a great place to come for multi-use trails with spectacular views over beaches, dunes, wetlands, ponds and woodlands. You can also put your mountain biking skills to the test on the Robinson’s Island Trail System which features 11 fun-filled technical trails. Alternatively, play a round of golf on a championship course, seek out a tranquil fishing spot, or spend an afternoon paddling the coast’s wide bays and slender inlets. 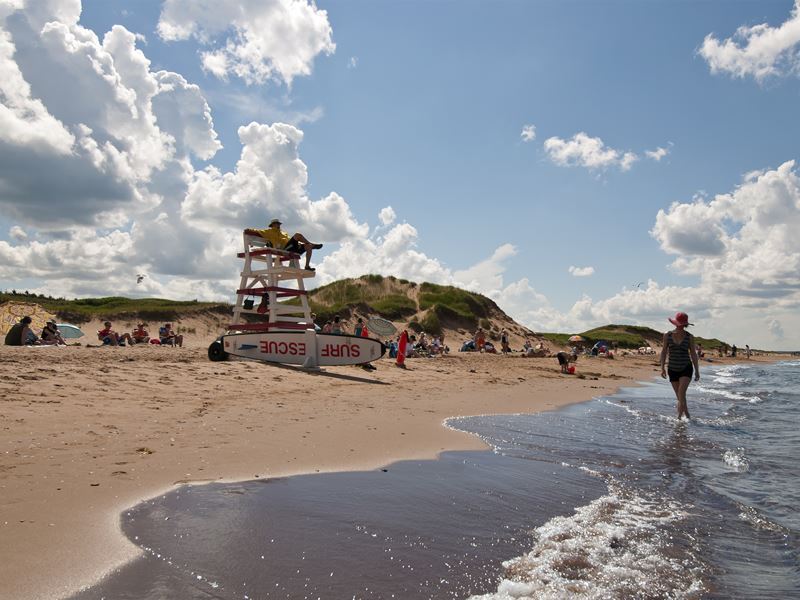 As you explore the park’s trails and dramatic coastline, keep an eye out for the local fauna such as beavers, coyotes, the beautiful red fox and several endangered species including the Piping Plover and the Saint Lawrence Aster. PEI is also a birder’s paradise, harbouring over 300 species which can be observed in their full majesty during migration and nesting seasons.

An array of full-service campgrounds, picnic areas and child-friendly amenities mean there are plenty of spots to base yourself and relax, whilst a full programme of interpretive activities during the summer is guaranteed to keep the whole family entertained. Sign-up for a geocaching program, join an engaging guided walk to learn more about the park’s ecology, and take part in evening campfires where park staff use storytelling, music and performance art to bring the natural and cultural history of this unique area to life.