Top 10 things to do in Halifax, Nova Scotia

It’s all about the citadel-crowned hill, top-notch museums, excellent shopping, fabulous dining and stunning seascapes in Nova Scotia’s hip and profoundly historic capital of Halifax.  We check out the 10 best things to do in this former rough-and-ready garrison town located on the shores of the world’s second-largest natural harbour. 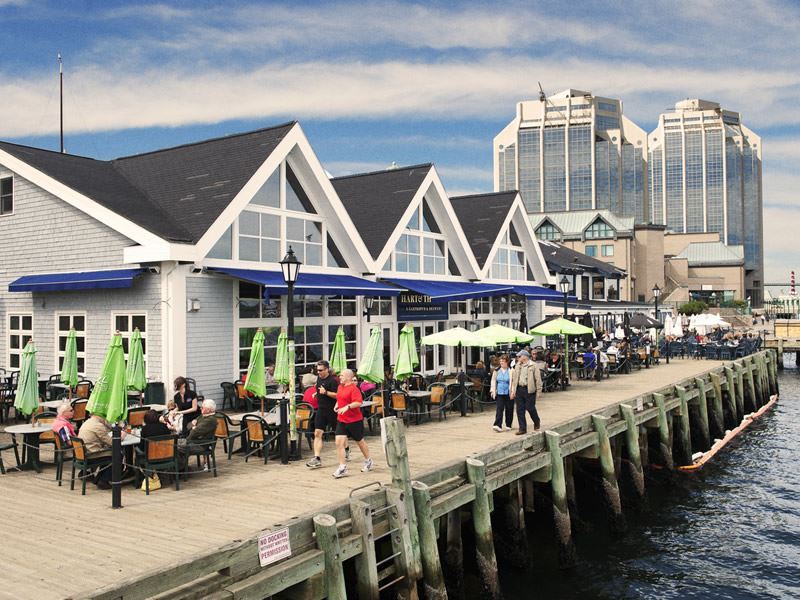 Make like a soldier at the Halifax Citadel National Historic Site

What: It’s a no-brainer why this strategic hilltop location with a commanding view of the Halifax harbour was chosen for the fort destined to protect the city. Dominating the skyline since 1749, this supersized star-shaped Citadel (actually the fourth in a series) is not only a testament to Halifax’s military past, but it also ranks as Canada’s most-visited historic site. Must-dos include visiting the grounds, barracks and guardroom, watching the short film that recounts the fort’s history, and covering your ears as the Royal Artillery command the firing of the noon gun.

Highlights: For those who fancy learning how to drill, getting dressed up in battlefield costume (including wearing a Glengarry bonnet bearing the brass badge of the 78th Highlanders), and living like a mid-19th century soldier, the three-hour Soldier for a Day experience is a must. Adults will get to fire a rifle while kids aged 8 to 15 get to bang away on the British Army’s brass-shell field drum. Sessions cost $199 for adults and $175 for children. Pre-booking at the Halifax Citadel Orderly Room is required. Available between May and October only. 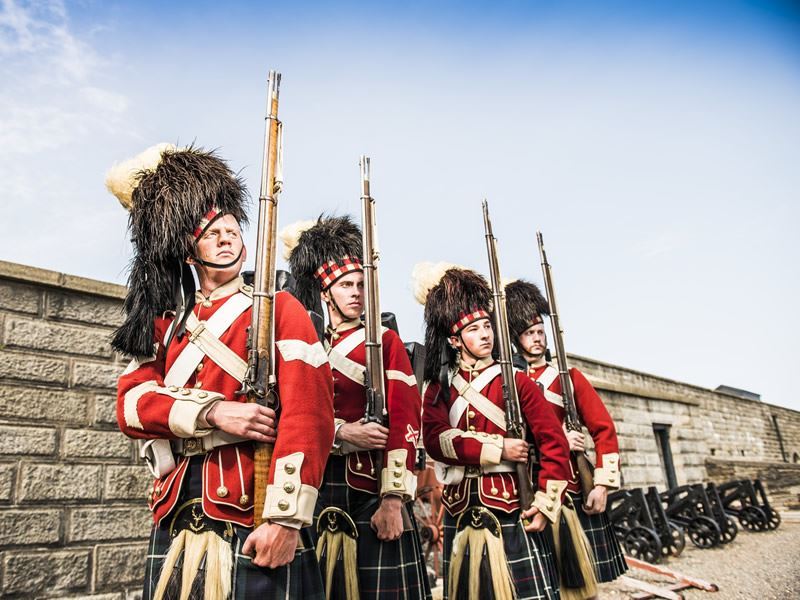 What: Known as the Ellis Island of Canada, the one-time large ocean liner terminal and immigration depot that served as the entry point for 1.5 million people between 1928 and 1971 is now a National Historic Site and, more recently, the country’s National Museum of Immigration. Opened in 2011 with a mandate to highlight the essential role that immigrants have played in shaping Canada, the museum holds 2,000 stories, 500 audio history interviews, 700 donated books, 300 films, and thousands of archival images and scans of official documents.

Highlights: Wander around the halls to see what life at Pier 21, Canada's National Immigration Museum was like, play dress-up in period costumes, walk through a replica of the colonist rail cars that newly-arrived hopefuls boarded for the next stage of their journey, and take the Customs Challenge to see which of your items would be allowed or confiscated. You’ll also get to watch the museum’s In Canada movie, look for your family’s name on a ship’s roster, and listen to countless first-person immigration stories - many of which will move you to tears. 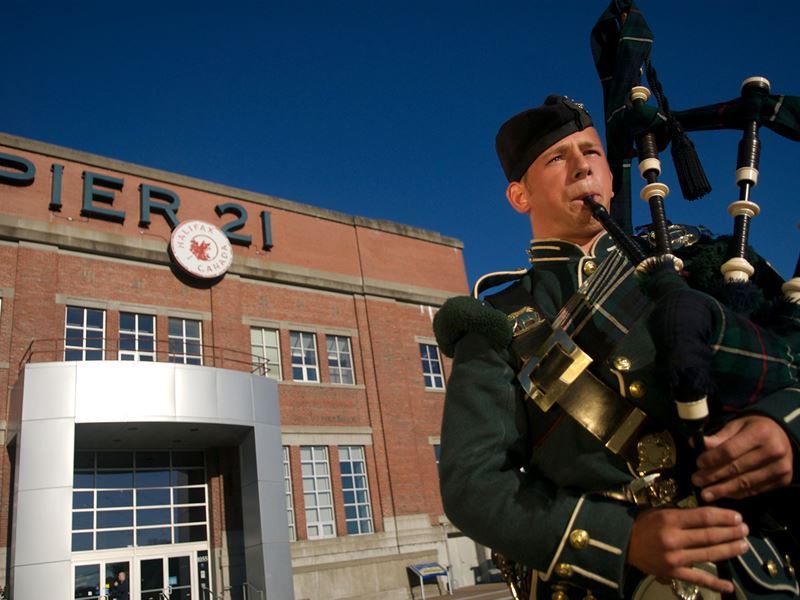 Spend time at the fascinating Maritime Museum of the Atlantic

What: For all the seafaring history you can muster, Canada’s oldest maritime museum has it all; a standout collection of shipbuilding and seagoing artifacts, the deckhouse of a coastal steamer, and an award-winning exhibit devoted to 1917’s tragic Halifax Explosion. Most memorable is the Age of Steam Gallery for its intricate steamship models and special displays, and the Shipwreck Treasures section for its 250 images of archaeological wrecks. You’ll also get to walk around the deck of CSS Arcadia - the hydrographic vessel that was famously moved to Halifax in 1982.

Highlights: Most visitors make a beeline for Titanic: The Unsinkable Ship and Halifax - the heart-stirring permanent exhibit that tells the story of RMS Titanic’s creation and demise, focussing on the key role Halifax played in the disaster. There’s stories, tributes, models, and recovered items galore, including the moving Unknown Child's Shoes and a mortuary bag used to identify and safeguard the personal effects of the victims (many of whom are buried in Halifax's cemeteries). 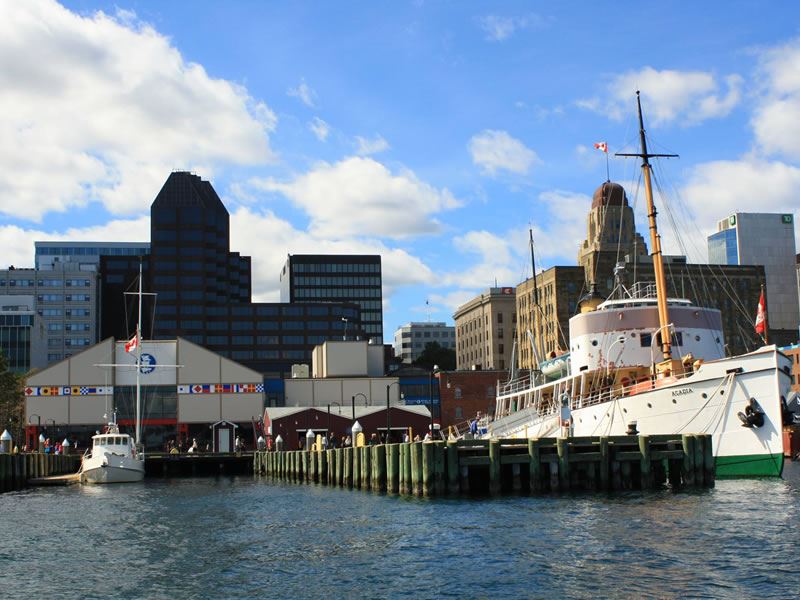 What: Officially opened in 1867, this horticultural masterpiece stretching over 16 acres in the heart of Halifax is one of Canada’s most glamorous Victorian gardens. Marked by magnificent wrought-iron entrance gates, it features 140 different species of trees, a series of statues and urns donated by Sir William Young, a bird enclosure that’s home to a pair of Toulouse Geese (Flora and Finnegan), and 32 ravishingly beautiful geometric flowerbeds. There’s also a pond on which floats a model of the RHS Titanic, as well as a bandstand for Sunday afternoon concerts.

Highlights: The drool-worthy Dahlia Beds that bloom from August to the first frost are one of the garden’s biggest draws (there’s even a dedicated Dahlia Day here at the end of August). Proudly displayed in raised planting beds and labelled according to their species, these monochrome, bi-colours, tri-colours and striped beauties (known as Queens of the Garden in Victorian times) come in many different shades; from vibrant jewel hues to pretty pastels. The gardens are open daily from 8am to dusk between mid-April and December. Admission is free. 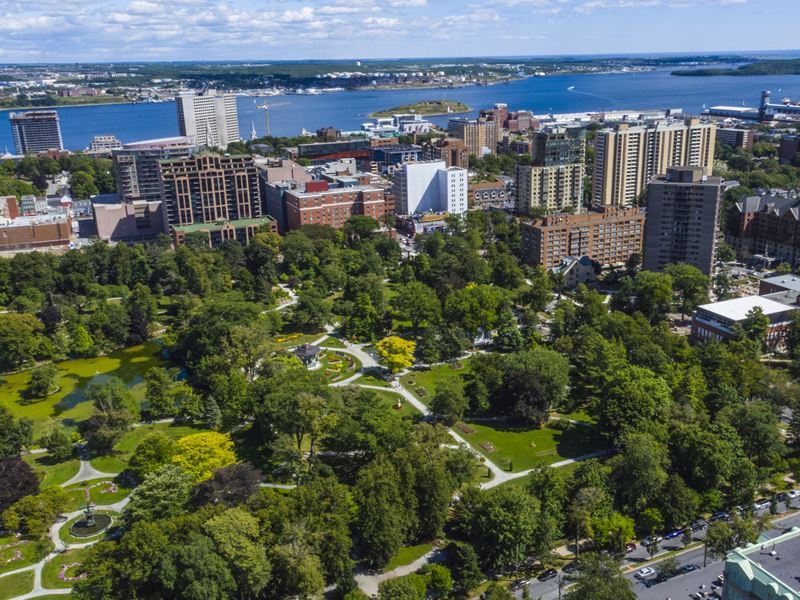 Raise a pitcher (or two) at Alexander Keith's Brewery

What: Not only was Scotsman Alexander Keith Halifax’s three-time mayor, he was also the founder of one of the city’s most famous breweries. Built in 1820, his site on Lower Water Street (a commercial operation until the early 1970's) was most revered for its India Pale Ale. In recent times, a $1.9-million facelift has enabled the brewery to upgrade its equipment and add a unique bottling line. It also runs brilliant Brewery Tour where costumed thespians portraying Haligonian citizens from 1863 make turning hops into beer very entertaining.

Highlights: Peek into the Keiths’ home and visit the grain storehouses before ending up at the brewery’s 19th-century pub known as the Stag's Head Tavern. Here you can play traditional tavern games, sing maritime songs, and kick back with a pitcher of Alexander Keith's iconic India Pale Ale, citrus-infused Premium White, rich Red Amber Ale, or Dark Ale with hints of chocolate and coffee. The tour runs daily in spring and summer and on weekends during the winter. 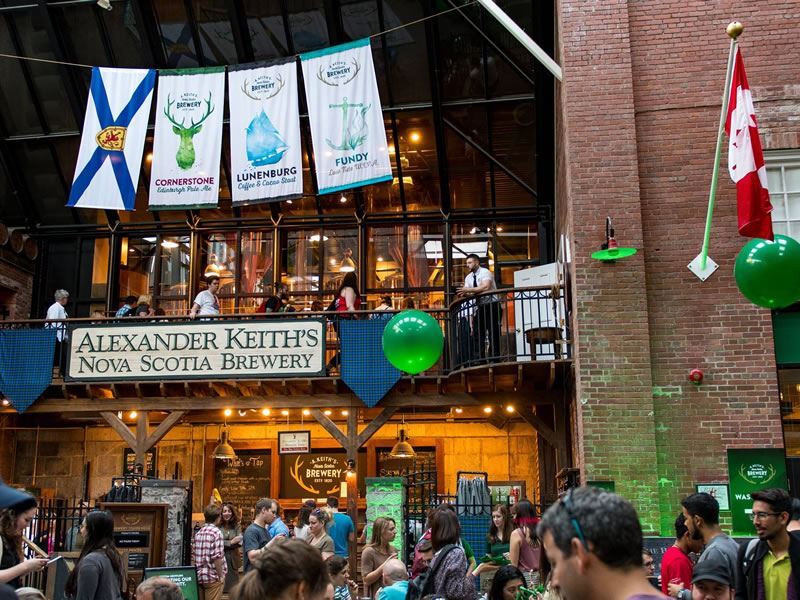 What: Described as “like looking at Westminster through the wrong end of the telescope” by Charles Dickens when he visited in 1842, this Palladian building in the heart of Halifax has been the seat of the Nova Scotia Government - Canada’s oldest provincial legislative assembly - since 1819. Head here on weekdays to watch spirited debates from the visitors’ galleries - or take an free tour of the stately Georgian interiors; most splendidly the old upper chamber (known as the Red Chamber) with its ornate plasterwork and portraits of King George III and Queen Charlotte.

Highlights: The Legislative Library, located on the second floor between the Red Chamber and Legislative Assembly, was originally the home of the Supreme Court of Nova Scotia until the court outgrew the space (it was also the site of Joseph Howe's 1835 trial for seditious libel). Outside, you'll find 19th-century gardens, a South African War Memorial, and a monument to Joseph Howe by Quebec sculptor Louis-Philippe Hébert. Province House is open on weekdays from 9am to 4am (hours are extended to weekends during July and August). Admission is free. 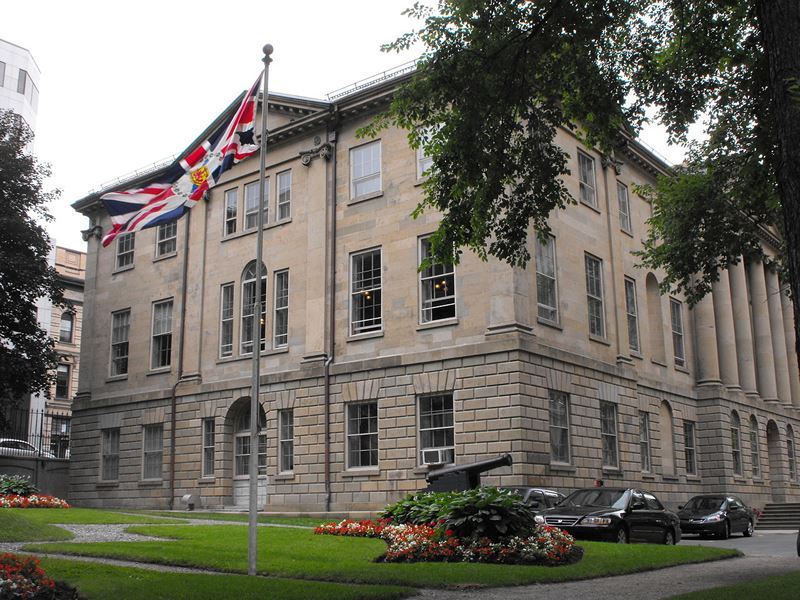 What: Established by Royal Proclamation in 1750, just one year after the establishment of Halifax itself, the Halifax Farmers’ Market has operated in several locations across the city since its inception. Moved to the Halifax Seaport in 2010 (and now known as the Halifax Seaport Farmers’ Market), it’s the longest continuously-running market in North America - and one that draws in the biggest crowds. Open daily, there’s over 250 vendors selling everything from locally-raised meats, fresh seafood and organic fruit and veg, to jewellery and handcrafted goodies.

Highlights: Once you’ve emptied your wallet, take time to explore Halifax Seaport - a redeveloped arts and cultural district found at the south end of the city’s waterfront. Once a series of old shipping warehouses, it’s become one of the city’s buzziest places for its artisans, retailers, cruise terminals, cafés, galleries, offices, and much more. Nearby highlights include the Historic Properties area, Cable Wharf, Garrison Brewery, and the $100-million Vegas-style Casino Nova Scotia that has over 500 slot machines and 32 table games. 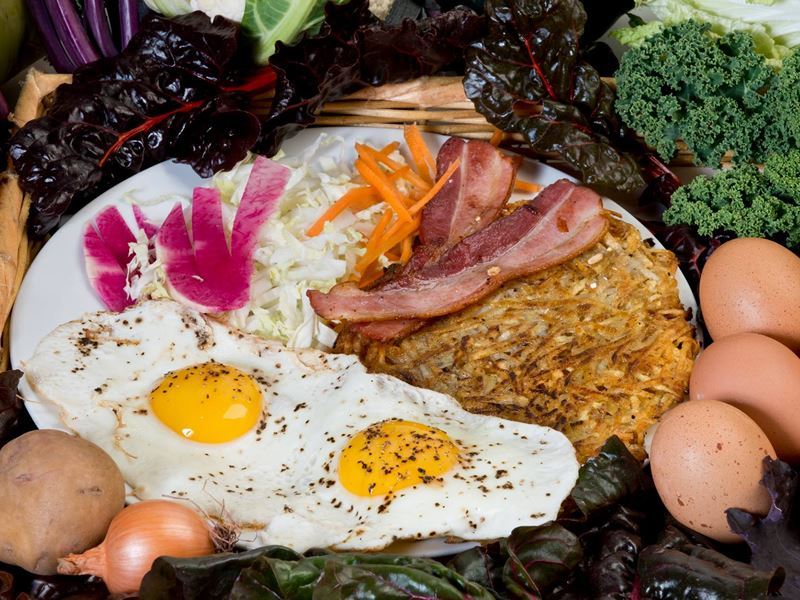 What: Set at the south end of the Halifax peninsula, this historic 75-hectare wooded park was where British-owned forts and batteries formed the front lines of Halifax Harbour's defence (the site is still rented from the British Government for a shilling a year). Nowadays, it’s where city folk come to take a stroll by ocean, hit the 25 miles of easy winding trails and wide paths, and soak up views of McNabs Island and the North West Arm. There’s also a supervised beach for summer swimming, off-leash dog walking areas, and plenty of lovely picnic spots.

Highlights: Outdoor summer plays by theatre group Shakespeare by the Sea are performed in an amphitheatre formed by the ruins of the Cambridge Battery. There’s also guided cultural tours to the park’s historical landmarks, most fascinating of which is the Martello Tower that was built in 1798. Also known as the Prince of Wales Tower, this two-story circular stone fortification (declared a National Historic Site in 1961) was designed as a gun platform, a barrack, and a storehouse. Nowadays, it’s the longest-standing Martello tower in the Commonwealth. 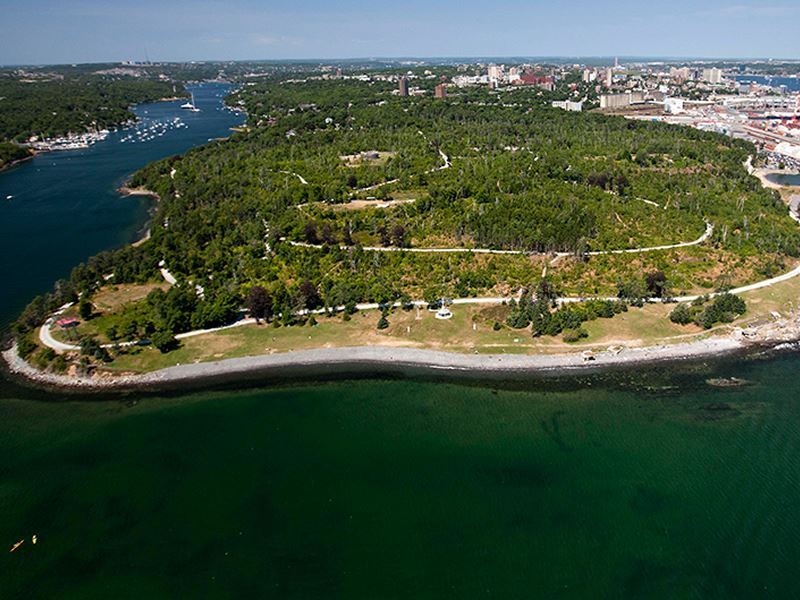 Take to the water on the Halifax-Dartmouth Ferry

Where: Departing from Halifax Harbour.

What: The oldest saltwater ferry in North America and the second-oldest in the world (after the Mersey Ferry linking Liverpool and Birkenhead), the Halifax-Dartmouth Ferry connects downtown Halifax with two Dartmouth locations: Alderney Landing and Woodside. It costs just $2 for a round-trip ride on one of three iconic ferry vessels that criss-cross the harbour: Dartmouth III, Halifax III, or Woodside I. You’ll also get reliably good views of the waterfront as you sail towards what’s been nicknamed the City of Lakes, plus a free bus transfer when you arrive.

Highlights: Spend the afternoon strolling along the Dartmouth Waterfront, stocking up on fresh produce at the Alderney Landing Farmer’s Market, and visiting the World Peace Pavilion that contains stones and bricks from over 70 countries (including pieces of both the Great Wall of China and the Berlin Wall). Further must-dos include browsing the one-off boutiques in Portland Street, watching the awesome surfing action at Lawrencetown Beach, and meeting the spring babies (sheep, poultry, pigs, calves, goats) at the Cole Harbour Heritage Farm Museum. 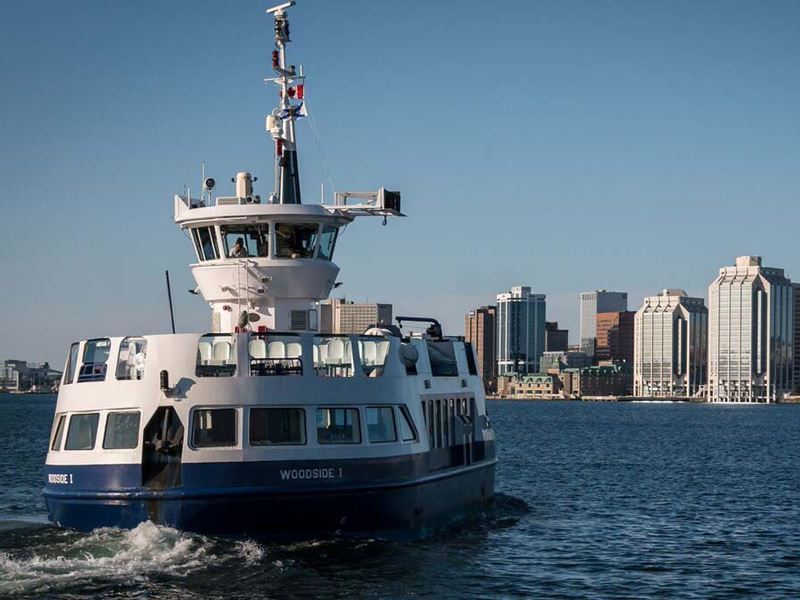 Highlights: Raw, fried or on the half-shell, oysters are taken very seriously in Halifax. There’s plenty of places to sample this protein-packed and salty treat, including The Bicycle Thief on Lower Water Street, The Five Fishermen on Argyle Street, The Press Gang on Prince Street, and Shuck Seafood & Raw Bar on Salter Street. Also head to Lot Six for its Oyster Happy Hour - you can suck back six oysters for $12 (or 12 for $20) every day between 4pm and 6pm. 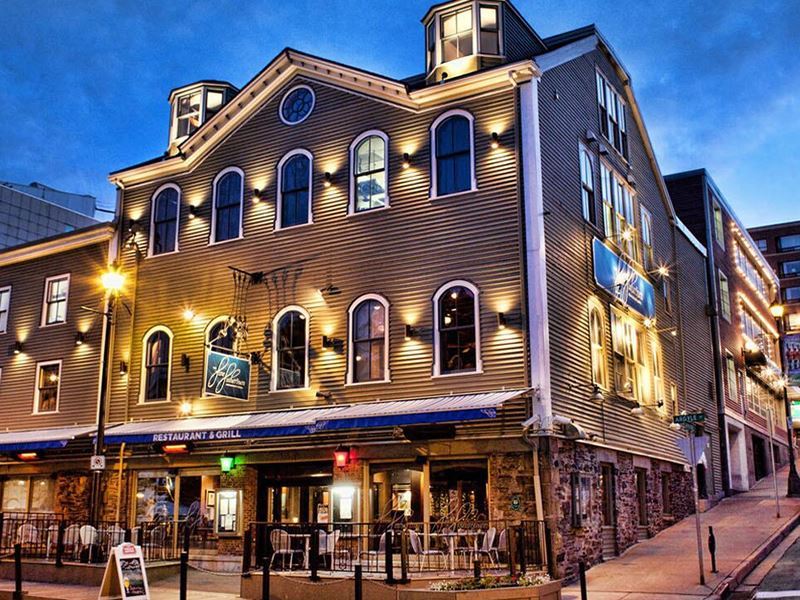