Beautiful British Columbia. It’s not just an opinion, it’s actually the slogan on the license plates of cars registered to the stunning Canadian province. And anyone who’s travelled to this part of western Canada would know why. With snow-capped mountains visible from nearly everywhere, a seemingly endless blue coastline, and sky-high trees making up its lush forests, it’s one of the most gorgeous places on Earth. With such a beautifully rugged landscape, it’s no wonder locals are commonly known as “outdoorsy” people. 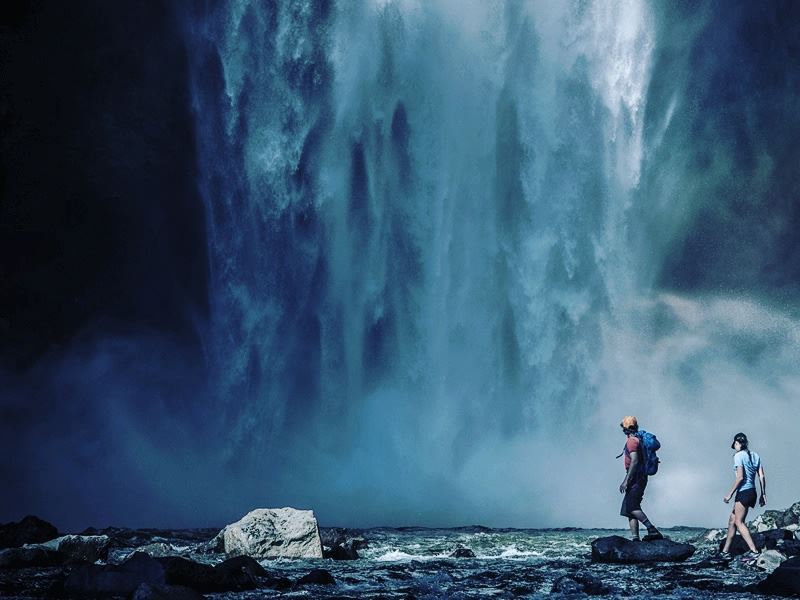 B.C. is the mecca for nature-lovers and wilderness enthusiasts, with an abundance of outdoor activities offered amongst its natural rugged backdrop. In the wintertime, you can find many Vancouverites on the slopes in Whistler, Golden or one of the many other ski towns. But come summertime, hiking is the activity of choice for both tourists and locals alike. With hundreds of trails throughout the province’s 850 parks, you can guarantee to find the right fit for your activity level – whether you’re a novice hiker looking to spot some wildlife or an experienced trekker hoping to catch some amazing views from the highest peaks. 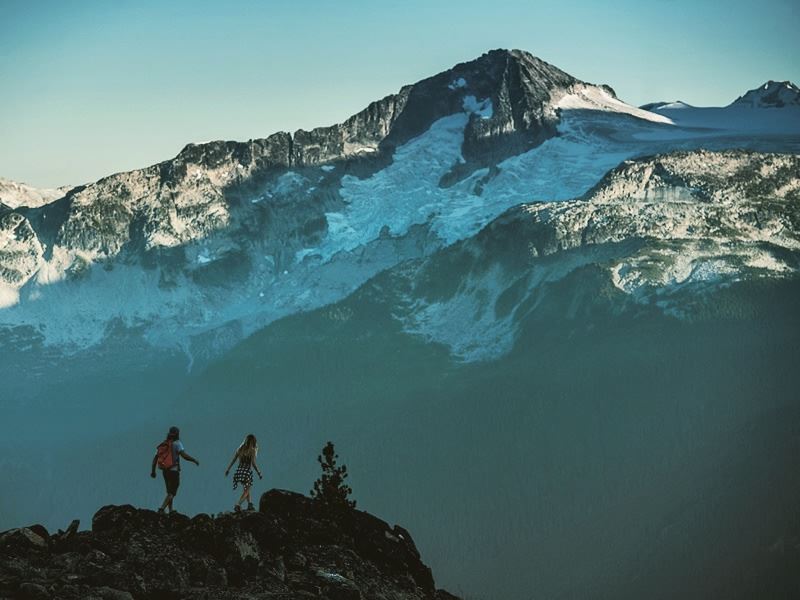 We break down the top hiking trails in some of British Columbia’s major regions so that you won’t miss out on the best wilderness experiences B.C. has to offer, set amongst some of the most gorgeous scenery in the world. 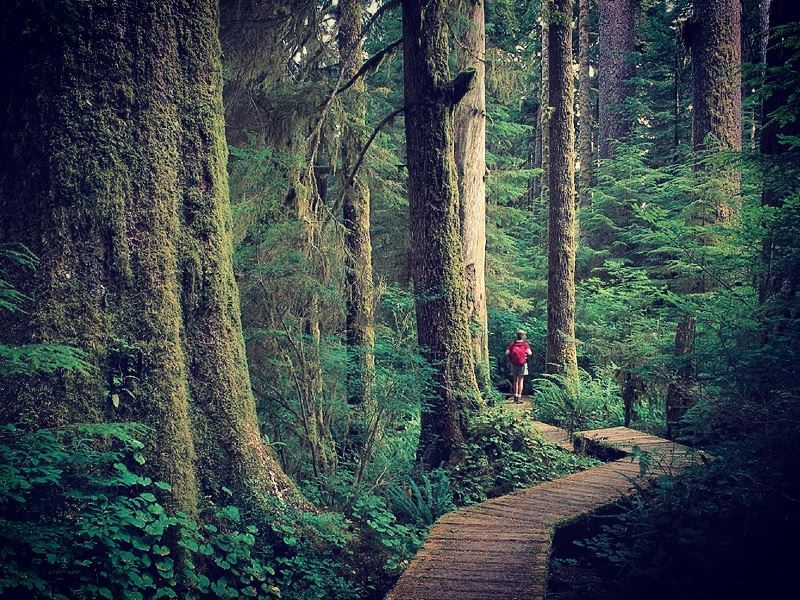 Lone Tree Hill
Just a 30-minute drive from Victoria, the capital of British Columbia and the largest city on the island, lies Lone Tree Hill. Located in the Highlands region, the trail offers a great opportunity to gain access to some incredible 360 degree views of the island, including Gowlland Tod Provincial Park, Scafe Hill and Thetis Lake Regional Park.

Although rated as an intermediate hike, the entire trail is only 1.6 kilometres roundtrip, making it ideal for novice hikers looking to grab a quick fix of the great outdoors before a busy day of sightseeing. For early risers, the gradual nature of the hike makes it a great way to start the day before challenging yourself up the final climb – the steepest section of the hike – for a rewarding sunrise. For those who prefer a bit of a lie in whilst on holiday, head over around to dusk for an inspiring sunset to cap off the day.

Strathcona Park
Founded in 1911, Strathcona Provincial Park is the oldest provincial park in British Columbia and the largest on Vancouver Island. Known for its lakes, glaciers and cliffs, the park contains the highest waterfall in Canada (surprisingly not Niagara Falls, but Della Falls, which is eight times higher), at 440 metres. Sadly, Della Falls can only be seen by those outdoor enthusiasts who dare undertake the gruelling hike to its base, but with 250,000 hectares of terrain, Strathcona Park offers approximately 40 trails for hikers of all levels.

For a leisurely hike with maximum exposure to the fresh outdoor air, check out the Helen McKenzie-Battleship Lake Loop, an easy, eight-kilometre trail along a boardwalk looping around the two lakes at an elevation of about 70 metres. Strolling along well-developed trails through a mixture of sub-alpine meadows and forests, you’ll take in sights of colourful flowers and trees such as yellow cedar, amabilis fir and mountain hemlock. Depending on your pace, the entire hike can be completed in two to three hours and makes for a great introduction to hiking in the region. 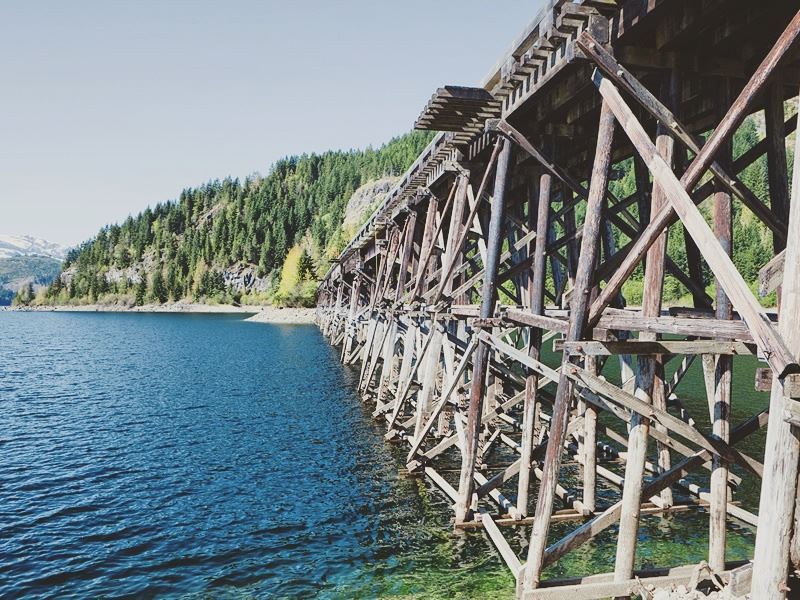 In the depths of the Rocky Mountains away from the Pacific coast is the Okanagan Valley, located in the southern part of B.C. near the border of neighbouring province, Alberta. The region is known for its award-winning wineries, stunning landscape and some of the country’s best skiing. And with a moderately warm climate (it’s actually the warmest region in Canada) due to its proximity away from the ocean, it makes for an excellent hiking spot year-round. 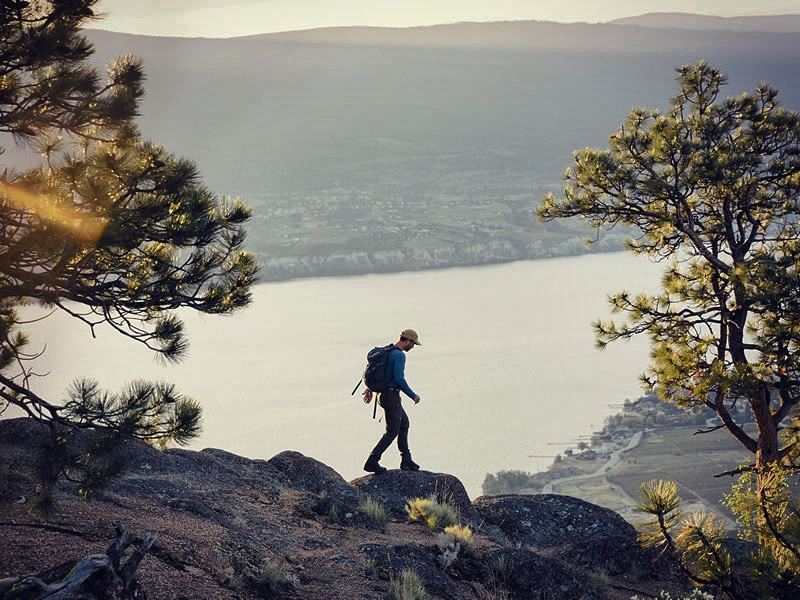 The park offers three short easy hiking trails that are ideal for hikers of all ages. With many picnic tables, playgrounds and beaches, it makes an ideal spot for families, and the ease of the trails allow for little ones to enjoy all that nature has to offer. For bird-lovers, Bertram Creek is the perfect place to spot flying species such as sparrows, loons and warblers.

After a day in the park, unwind at one of Okanagan Valley’s many vineyards – the region is home to an astounding 173 wineries and is known as the Napa Valley of Canada. Pop in to Cedar Creek Estate Winery, just a five-minute drive from the park, for a bite to eat, a sampling of wine (Pinot Noir is their speciality) and a stunning view overlooking the lake. 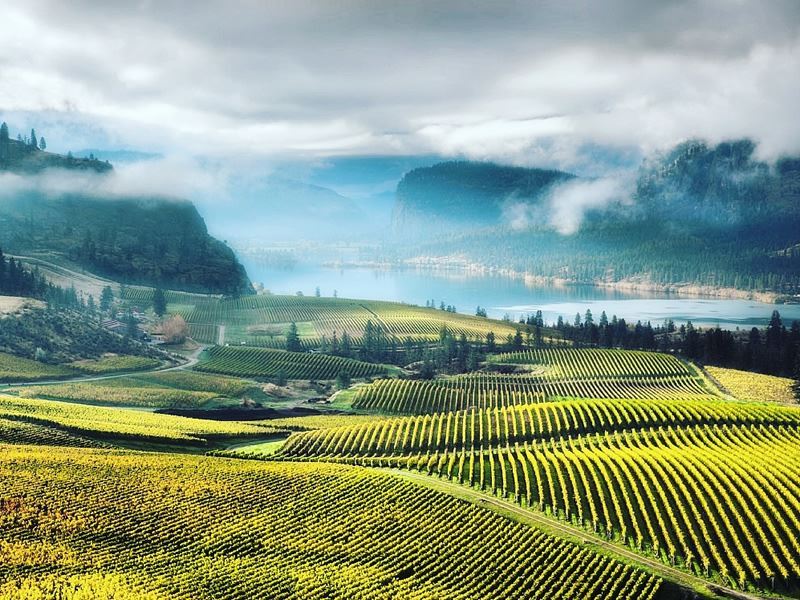 Vancouver is one of Canada’s largest cities and the largest in British Columbia. Positioned right along the coast of the Pacific Ocean and surrounded by snow-capped mountains, it’s no wonder it’s consistently ranked as one of the best places to live on the planet. Offering the best of both worlds – an urban lifestyle with endless opportunities to escape into the great Canadian wilderness – Vancouverites tend to be uber-cool hipster outdoorsy types with a knack for adventure.

The Chief
The number-one rated hike by locals is The Stawamus Chief (or The Chief), just a one-hour drive from downtown Vancouver in Squamish. Located along the stunningly beautiful Sea-to-Sky Highway – a winding road through the mountains from Vancouver all the way up to Whistler – Squamish is known as the “Outdoor Recreation Capital” of Canada.

The Chief is rated at moderate difficulty, so be prepared to test your endurance. Towering 702 metres high above the small town of 16,000 people, it offers gorgeous views of the mountains in Garibaldi Provincial Park. With three summits to choose from, hikers have a plethora of options of where to take in the breathtaking views. It is possible for ambitious travellers to hike all three summits in one day, but be sure to pack a bag of essentials as it will take about five hours. For those who want a shorter journey, the South Peak can be completed in about three-and-a-half hours.

A unique twist introduced in 2014 is the new Sea-to-Sky Gondola, which transports people 850 metres high above Howe Sound without having to break a sweat. The tourist attraction also includes a café, several biking trails, an 836-square-metre lodge, viewing platforms and a suspension bridge the length of a football field. Since The Chief is one of the most popular hikes, try to visit during the week as it can become exceptionally busy, especially during the summer months.

Cheakamus Lake, Whistler
Whistler is world-renowned for its skiing and was a core site of the Vancouver 2010 Olympic Winter Games. With two massive peaks – Whistler and Blackcomb – towering over the picturesque ski town, it is an ideal spot to take in the remarkable surrounding views. Cheakamus Lake is located in Garibaldi Provincial Park, one of the most beautiful parks in the province featuring stunning views of trees, mountains and waterfalls. Although it’s one of the easiest hikes in the area, don’t underestimate it. The entire hike takes about five hours to complete roundtrip and offers some of the most spectacular views in the park.

Cheakamus Lake itself is surrounded by soaring mountaintops and lush forests. Just a short three kilometres into the trail you’ll approach the lake and its adjacent river, which is bright with turquoise water, especially early on in the season. Continuing along for another eight kilometres, you’ll reach an open meadow with gorgeous views of Whistler’s most famous landmark – the Black Tusk. Be sure to keep an eye out for bears – they tend to roam about in the wilderness. Follow signs for safety information. 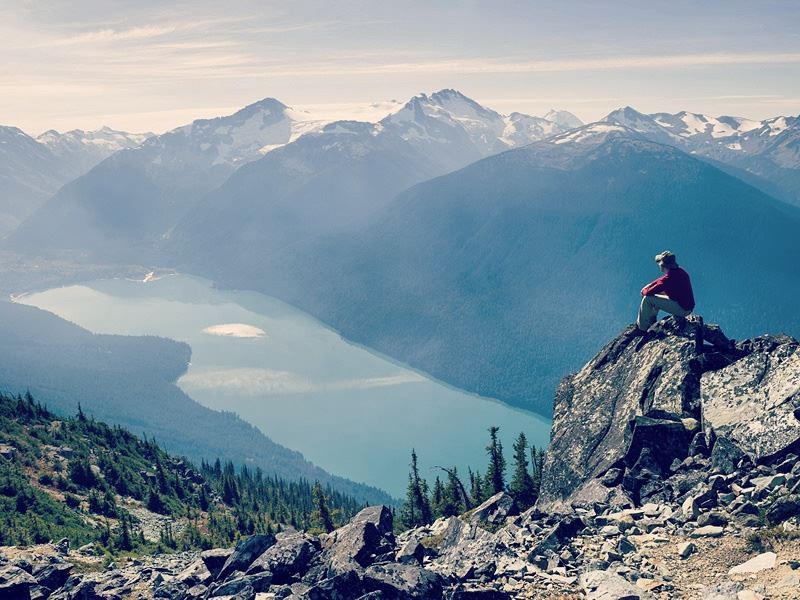 Smuggler Cove Marine Provincial Park
Smuggler Cove is one of the easier, more popular hikes located on the Sunshine Coast, a 180-kilometre stretch along the south side of the Sechelt Peninsula that’s peppered with quaint coastal communities. The Sunshine Coast is reachable by both water and land, however it’s most easily accessed by a short 40-minute ferry ride from Vancouver, making it a great day trip with ample opportunities for whale watching along the way.

Smuggler Cove is a wetland environment full of rock faces, sand flats, rocky nooks and mini bays. The hike itself only takes about 45 minutes to complete roundtrip, and along the way you’ll take in picturesque views of the cove and possibly even come across some of the key residents in the park –beavers. The beaver is Canada’s national animal and makes its home in wetland areas, building dams with many of the different types of tree branches.

With a name like Smuggler Cove, one might wonder about its colourful history. The region was actually once used as a safe haven to smuggle alcohol into the United States during the prohibition era of the 1920's. Nowadays however, the area is mainly visited by tourists and locals looking to take in some of the stunning scenery, fresh air and wildlife that the Sunshine Coast has to offer.